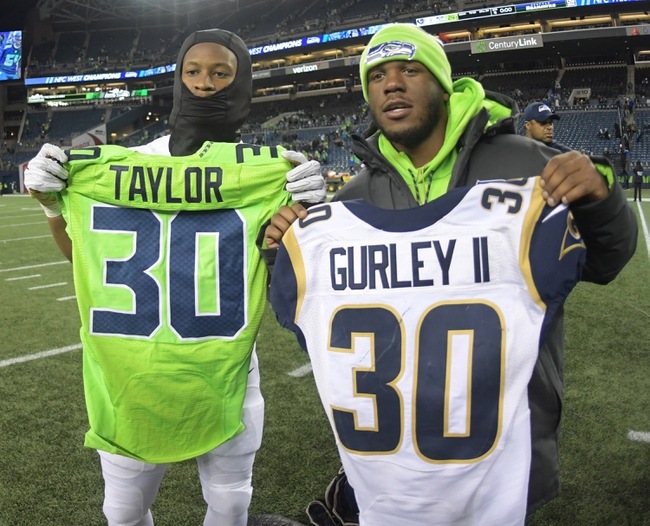 The Seattle Seahawks look for their first road victory of the season to get a game above a .500 record. The Seattle Seahawks have lost five of their last seven road games. Russell Wilson is completing 61.7 percent of his passes for 1,024 yards, seven touchdowns and two interceptions. Wilson has a combined six touchdown passes in his last two games. Doug Baldwin and Paul Richardson have combined for 420 receiving yards and three touchdowns while Tyler Lockett has 13 receptions. The Seattle Seahawks ground game is averaging 121 yards per contest, and Chris Carson leads the way with 208 yards on 49 carries. Defensively, Seattle is allowing 19.3 points and 318.8 yards per game. Bobby Wagner leads the Seattle Seahawks with 33 tackles, Michael Bennett has three sacks and Nazair Jones has one interception.

The Seattle Seahawks found their groove in the second half against the Titans and completely unleased in the second half Monday night against the Colts. While the offensive line still has issues and the defense isn't as elite as its been in the past, you're seeing signs of the Seahawks still being the Seahawks. On the otherside, the Rams have an offense all of a sudden and have a bit of a pep in their step. The Rams are running the ball with success, Goff is throwing the ball all over the field and the defense has forced seven turnovers in four games. What makes this game for me is the Rams defensive front, as they have 12 sacks on the season (only Jacksonville and Pittsburgh have more), and the Seahawks have major issues on the offensive line. Seattle also lost its top running back in Carson due to an ankle injury. The Rams have also won four of the last six meetings against the Seahawks, and Seattle isn't the same team on the road as they are at home. Give me the Rams in a game I think they can win outright. I'll have the spread and the ML in this one.