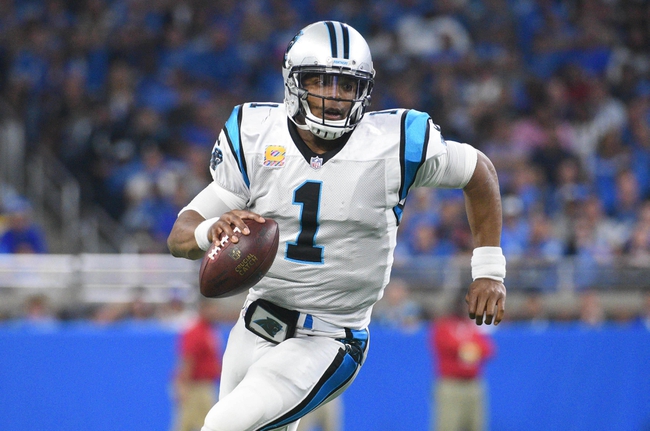 The Philadelphia Eagles and Carolina Panthers meet Thursday in NFL action at Bank of America Stadium.

The Carolina Panthers look for a strong statement victory to build on their 4-1 record. The Carolina Panthers split their last eight home games. Cam Newton is completing 68.3 percent of his passes for 1,237 yards, eight touchdowns and five interceptions. Newton has six touchdown passes in his last two games. Kelvin Benjamin and Ed Dickson have combined for 543 receiving yards and one touchdown while Devin Funchess has 24 receptions. The Carolina Panthers ground game is averaging 98.6 yards per contest, and Jonathan Stewart leads the way with 251 yards on 77 carries. Defensively, Carolina is allowing 13.3 points and 251.7 yards per game. Luke Kuechly leads the Carolina Panthers with 42 tackles, Julius Peppers has 5.5 sacks and Daryl Worley has four pass deflections.

While everybod is jumping on the Philadelphia Eagles bandwagon and predicting a Super Bowl berth, their last three victories have come against teams that have a combined record of 3-12. Now you can only beat who you play, and there's no doubt the Eagles are a good football team on the rise, but it might be time to pump the breaks just a little bit. Meanwhile, the Panthers are coming off back-to-back road victories over the Patriots and Lions, and Newton looked like Newton of old in both games. Thursday games are always tough to predict due to the lack of rest and the sloppy play we usually see, but the Panthers have been more impressive in their recent performances, and being at home should help here as well. Carolina's defense has also picked up, which includes 17 sacks in five games. I'll side with the Panthers and the small chalk.