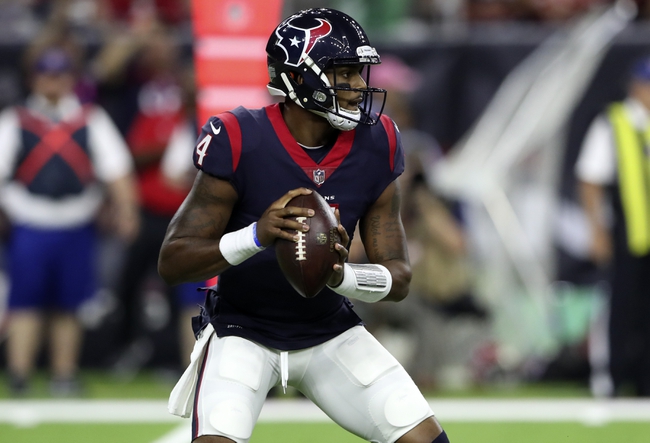 Down at NRG Stadium on Sunday, the Cleveland Browns and the Houston Texans will be meeting up in Week 6 NFL action.

Cleveland enters this game at 0-5 on the year following losses to the Steelers, Ravens, Colts, Bengals and Jets. In that New York game, Cleveland QB DeShone Kizer was shelved in favor of Kevin Hogan, who put up a 16-of-19 line for 194 yards, two TDs and a pick. Isaiah Crowell led the rush on 16 carries for 60 yards.

On the season, Kizer leads the QBs with 851 yards, three touchdowns and nine picks, while Crowell is atop the Browns running back list with 194 yards on 62 attempts. Leading the Cleveland receivers is Duke Johnson, who has 270 receiving yards and a TD on 23 catches and 31 targets.

Over on the Texans’ side, they’re sitting at 2-3 with wins over the Bengals and Tennessee alongside losses to Jacksonville, New England and Kansas City. In that KC loss, Houston QB Deshaun Watson put up 261 yards and five touchdowns, while Lamar Miller led the rush on 15 carries and 74 yards.

So far this year, Watson has 1072 yards, 12 touchdowns and four picks, while Miller is the top Houston rusher on 331 yards and a TD from 83 attempts. DeAndre Hopkins leads the Texans receivers with 61 targets, 35 receptions, 363 yards and five scores.

It seems Houston has finally found an offense. They’ve put up at least 33 points in their last three straight games. Problem is, no one told the Texans defense they still have to show up, as they’ve given up at least 29 points in each of their three losses. As for the Browns, they’re bad as usual and destined for another high-end draft pick. The line is a little thick here, but I like Houston to finish on the other side of it. I’ll take the Texans.