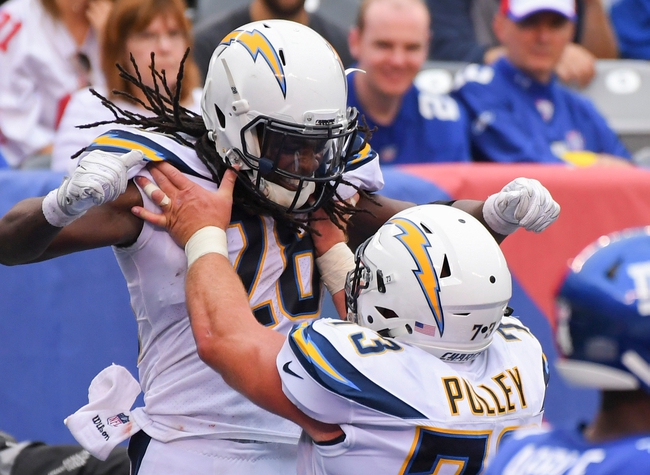 It’s an AFC West showdown in week 6 NFL action, as the Los Angeles Chargers take on the Oakland Raiders.

The Los Angeles Chargers will look to build some momentum after notching their first win of the season, a 27-22 victory over the New York Giants in their last outing. Philip Rivers threw for 258 yards, 3 touchdowns and an interception on 21 of 44 passing, while Melvin Gordon led the Chargers’ ground game with 20 carries for 105 yards. Gordon also racked up 58 receiving yards and a pair of touchdowns on a team-high 6 catches, while Keenan Allen led the team with 67 receiving yards and Hunter Henry caught a TD pass of his own in the win. Defensively, the Chargers combined for 5 sacks, including a pair of sacks from both Melvin Ingram and Joey Bosa, while it was Ingram who also forced and recovered his own fumble in the victory.

I said before, with Carr out, I think we will make a lot of money fading the Raiders, and that’s exactly what paid off last week and I think we could take advantage of it again here. The Chargers finally have the monkey off of their back with the first win of the season, and the Raiders seem like a completely different team without Carr under center, and not in a good way. I like the Chargers here to not only cover but to win this one outright, so take the points if you want, but I’ll personally take the Chargers on the money line to get some extra value.