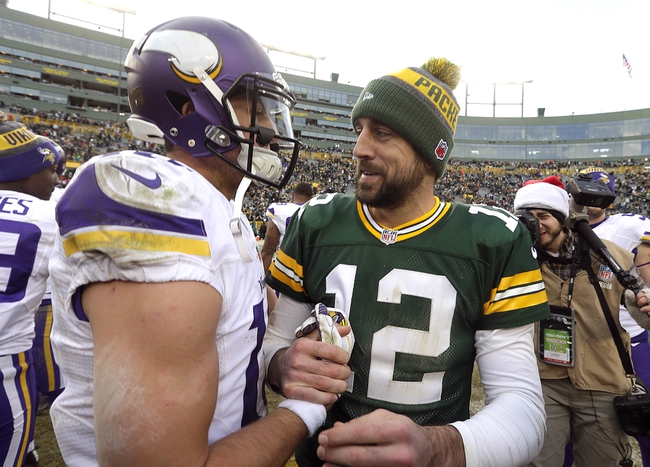 The Minnesota Vikings look to win back-to-back games for the first time this season to stay in the NFC North race. The Minnesota Vikings have won seven of their last 11 home games. Case Keenum is completing 64.5 percent of his passes for 895 yards, four touchdowns and zero interceptions. Sam Bradford and Keenum have combined for seven touchdown passes and zero picks this season. Stefon Diggs and Adam Thielen have combined for 787 receiving yards and four touchdowns while Kyle Rudolph has 16 receptions. The Minnesota Vikings ground game is averaging 118.2 yards per contest, and Dalvin Cook leads the way with 354 yards and two touchdowns. Defensively, Minnesota is allowing 18.6 points and 309.2 yards per game. Andrew Sendejo leads the Minnesota Vikings with 37 tackles, Everson Griffen has six sacks and Harrison Smith has two interceptions.

For me, it doesn't matter who is playing quarterback for the Minnesota Vikings. There's not enough consistent offense regardless of who is under center and there's too many injuries for this squad to go head to head with a red hot Aaron Rodgers. The Packers may have also found a little bit of a running game now that Aaron Jones has replaced the injured Ty Montgomery. That makes Green Bay even scarier moving forward. I know the Vikings still have an elite defense and they play different at home, but the Packers are going to score points. Minnesota has scored 27 combined in its last two games. That's not enough to hang with the offensive powerhouse on the otherside. Packers roll here.