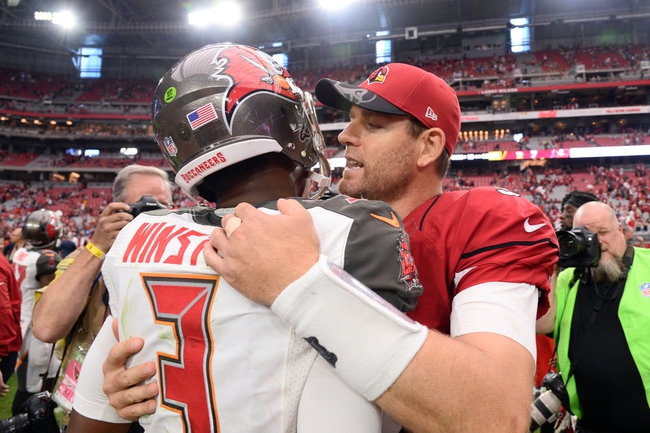 The Tampa Bay Buccaneers and Arizona Cardinals meet Sunday in NFL action at U of Phoenix Stadium.

It's time to accept the Arizona Cardinals are not a good football team, as their only wins have come against the Colts and 49ers, and they needed overtime to get both. Any time the Cards have stepped up in comp, they've been blown out. The Tampa Bay Buccaneers have had a mini bye week to prepare for this game after hanging around with the New England Patriots, which gave them extra time to work Doug Martin into the offense and get healthy on defense. This is a game the Bucs should win rather easily, especially when you consider the Cardinals have no running game, which makes life easy for the Tampa Bay defense. I'll gladly take the better team and the small line.