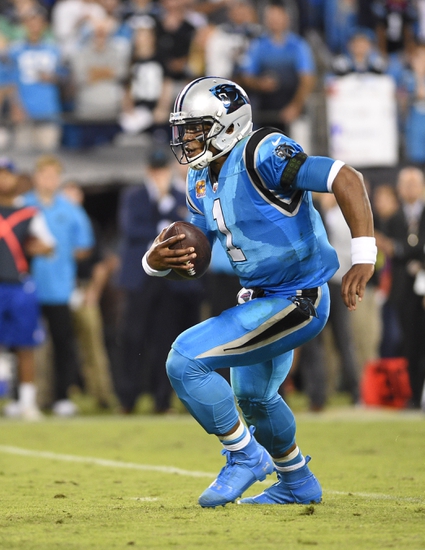 Up at Soldier Field on Sunday, the Carolina Panthers and the Chicago Bears will be meeting up in NFL action.

Carolina comes into this game with a 4-2 record this year, beating the 49ers, Bills, Patriots and Lions while falling to the Saints and Eagles. In that Philly game, Panthers QB Cam Newton put up 239 yards with one TD and three picks, also leading the team in rushing on 11 carries for 71 yards.

So far this year, Newton has tallied 1476 yards, nine TDs and eight interceptions, while Jonathan Stewart is the Panthers’ top rusher on 247 yards from 85 attempts. Kelvin Benjamin is the leading Carolina receiver with 26 catches for 371 yards and one TD.

Over on the Bears’ side, they’re sitting at 2-4 on the year. Chicago has lost to the Falcons, Buccaneers, Packers and Vikings while beating the Steelers and Ravens, both in OT. In that Baltimore game, Bears QB Mitch Trubisky put up 113 yards and one TD, and Jordan Howard led the team in rushing with 36 carries for 167 yards.

On the season, Trubisky has 241 yards on 20-of-41 passing for two touchdowns and one INT, and Howard is the Bears’ top rusher on 118 attempts for 495 yards and four scores. Kendall Wright is the leading receiver in Chicago with 20 catches for 236 yards and one TD.

The Bears have won two of their last three games, but they’re still not a good team. Chicago’s only hope is to establish a consistent running game and get the rookie Trubisky making high-percentage throws. Carolina likely won’t make enough mistakes for the Bears to come through here, and with the line so thin I don’t see any other sensible choice but the Panthers.