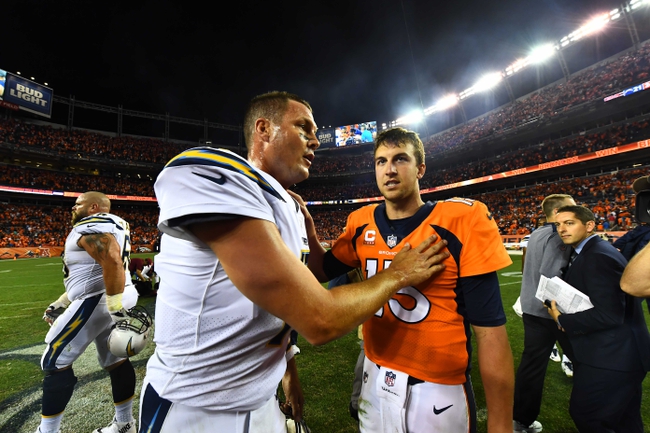 The Denver Broncos look for their first road win of the season to keep pace in the AFC West. The Denver Broncos have lost three straight road games. Trevor Siemian is completing 61.4 percent of his passes for 1,264 yards, eight touchdowns and six interceptions. Siemian has a combined two touchdown passes in his last three games. Demaryius Thomas and Emmanuel Sanders have combined for 646 receiving yards and two touchdowns while Bennie Fowler III has 13 receptions. The Denver Broncos ground game is averaging 123.6 yards per contest, and C.J. Anderson leads the way with 347 yards and one touchdown. Defensively, Denver is allowing 19.4 points and 261.8 yards per game. Brandon Marshall leads the Denver Broncos with 35 tackles, Von Miller has five sacks and Bradley Roby has one interception.

The Chargers always seem to be in these close games and either find a way to pull out a late-second victory or come up just short and leave you heartbroken. It's a never ending rollarcoaster with this team. The Chargers lost by just three points when these teams met opening day, and they're currently playing better football than the Broncos. The problem is the Chargers have no home field advantage, and it's really a depressing place to play. Not getting points here scares me. However, if I'm going to pick the game blindly and just side with the better team while not taking venue into play, I'd side with the Chargers. They're playing better football right now and could have easily won in Denver.