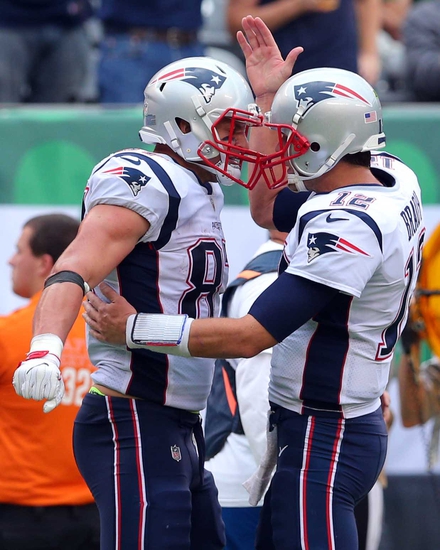 Out at Gillette Stadium on Sunday evening, the Atlanta Falcons and the New England Patriots will be meeting up in NFL action.

Atlanta sits at 3-2 right now, opening up with wins over Chicago, Green Bay and Detroit before losses to the Bills and Dolphins. In that Miami game, Atlanta QB Matt Ryan posted 248 yards, one TD and a pick but couldn’t stop the Dolphins from scoring 20 unanswered points.

So far this season, Ryan has 1357 yards, six scores and six picks, while Devonta Freeman leads the Atlanta rush on 353 yards and five TDs from 79 attempts. Julio Jones is the Falcons’ top receiver with 25 catches for 367 yards.

Over on the Patriots’ side, they’re currently 4-2 following losses to the Chiefs and Carolina alongside wins versus the Saints, Texans, Bucs and Jets. In that New York game, Pats QB Tom Brady put up 257 yards with two touchdowns and an interception, most of the work going to Brandin Cooks, who had six catches for 93 yards.

On the year, Brady has amassed 1959 yards, 13 TDs and two INTs, while Mike Gillislee leads the Patriots rush on 290 yards and four scores off 79 attempts. Cooks is the top New England receiver with 24 catches, 472 yards and two scores.

Atlanta looked pretty inept in the second half of that Miami game, but credit the Dolphins for not giving up. That makes two in a row following a 23-17 Atlanta loss to the Bills. This should be one of those fun offense-heavy games, and I’m not really convinced the Patriots have it this year. I see a tight game and an Atlanta cover.