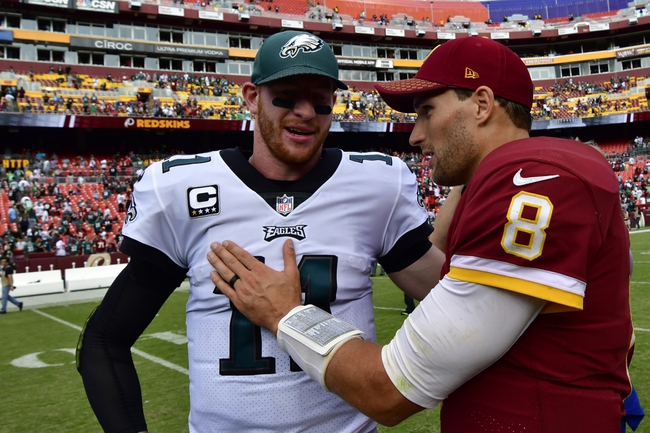 The Redskins have won five of the last six meetings against the Eagles, but when these two teams met opening week, the Eagles won fairly easily, getting constant pressure on Cousins and forcing four turnovers. I'm not sure what has changed since then. The Redskins are still an average team that has its moments, which includes needing all 60 minutes to beat a bad 49ers squad last week. The Eagles are quickly proving to be one of the top teams in the NFC, as their defense is one of the best in the league and Wentz is becoming more of a difference maker with playmakers around him. There's also the fact the Eagles have had a mini bye week considering they played last Thursday, so they've had 11 days off to prepare for this one. Monday night, this feels like a game for the Eagles to stamp their flag with the whole NFL world watching. I look for Philly to get the job done here, winning by double digits.