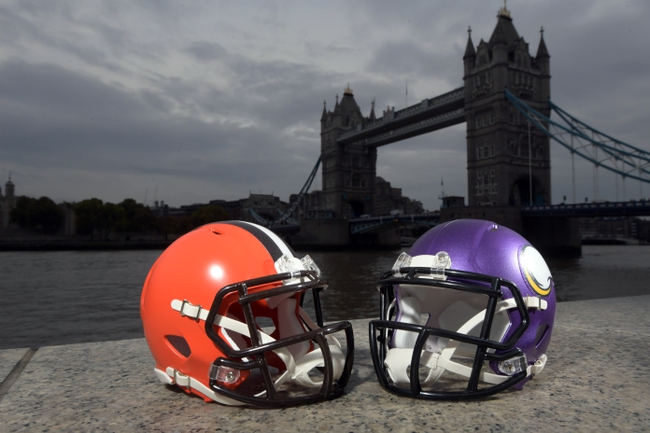 The Minnesota Vikings and Cleveland Browns meet Sunday in NFL action at the Twickenham Stadium.

I know the Browns are god awful and don't provide much value for bettors, as they don't cover much during these massive SU losses. But this feels like a lot of points to lay in a London game. We see weird things happen in these games all the time, as the travel throws guys off, players have a hard time adjusting to the field surface, etc. We've seen many upsets in London games and many sloppy performances with odd results. It wouldn't be shocking to see the Vikings turn the ball over a couple of times and for the Browns to hang in this thing until the end. I likely won't have action on this game and will still be enjoying a couple hours of sleep, but if forced to pick, I'd take the points. I'm not asking Minnesota to win by double digits with a trip across the pond.