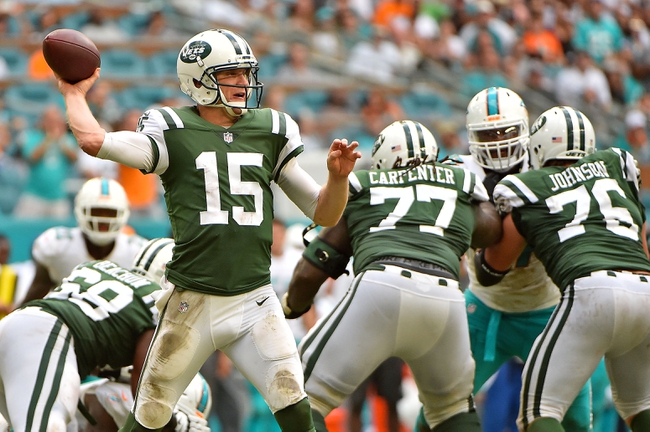 The Atlanta Falcons need win here to snap a three-game losing streak while getting a game above a .500 record. The Atlanta Falcons have won seven of their last 10 road games. Matt Ryan is completing 66.5 percent of his passes for 1,590 yards, seven touchdowns and six interceptions. Ryan has one touchdown pass in five of his first six games. Julio Jones and Austin Hooper have combined for 714 receiving yards and two touchdowns while Mohamed Sanu has 22 receptions. The Atlanta Falcons ground game is averaging 120.5 yards per contest, and Devonta Freeman leads the way with 425 yards and five touchdowns. Defensively, Atlanta is allowing 22 points and 327.5 yards per game. Deion Jones leads the Atlanta Falcons with 49 tackles, Brooks Reed has three sacks and Desmond Trufant has one interception.

The New York Jets could also use a win here to snap back-to-back losses while getting back to a .500 record. The New York Jets have lost five of their last eight home games. Josh McCown is completing 69.2 percent of his passes for 1,583 yards, 10 touchdowns and seven interceptions. McCown has two or more touchdown passes in four of his last six games. Robby Anderson and Jermaine Kearse have combined for 659 receiving yards and six touchdowns while Jeremy Kerley has 21 receptions. The New York Jets ground game is averaging 103.3 yards per contest, and Bilal Powell leads the way with 283 yards and two touchdowns. Defensively, New York is allowing 23 points and 357.9 yards per game. Demario Davis leads the New York Jets with 59 tackles, David Bass has two sacks and Marcus Maye has two interceptions.

The Falcons don't look like the same team as last season, as the offense isn't nearly as explosive and the defense seems to cave as you enter the second half. I'm just not sure how anybody can back the Falcons with any confidence, espeically on the road, based on how they've looked. The Jets continue to compete and their last two losses have been decided by one score. The Jets defense has improved week to week and remains tough to run on, while McCown has played well enough this season to keep New York in games. The Jets have also been covering games left and right this season. This feels more like a toss-up based on the form of both clubs, so I'm going to take the points and the home team.