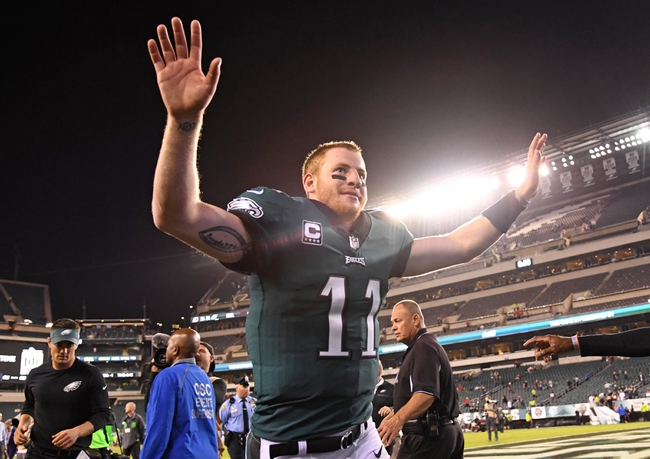 The lines this week are just crazy to me. The Philadelphia Eagles are obviously the better team here and it could be easy to just say the 49ers are winless, pick the Eagles in a blowout. However, five of the 49ers seven losses have come by three or less points. San Fran is easily a bounce here or a bounce there from being a possible playoff team in the NFC as crazy as that may sound. The 49ers have also covered four of their last five on the road. The Eagles are crusing right now and make a strong case as the best team in the NFC, but they are on short rest after playing Monday night and have won four of their last five games by 10 or less points. It seems like the 49ers and the truckload of points is the side to be on in this spot.