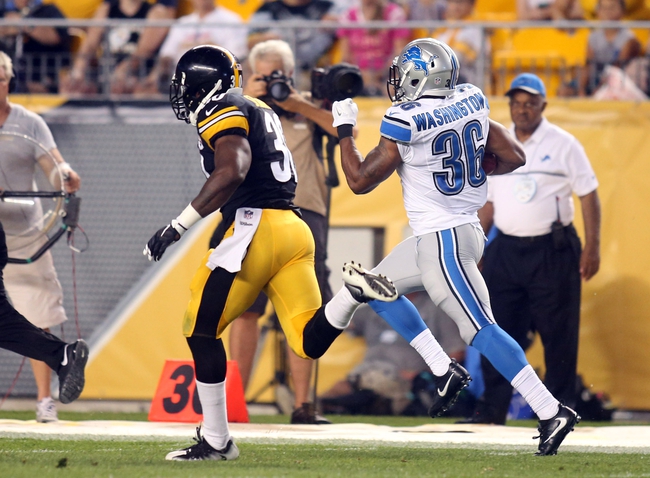 The Pittsburgh Steelers and Detroit Lions meet Sunday in NFL action at Ford Field on NBC.

The Detroit Lions need a big win here to snap back-to-back losses and get a game above a .500 record. The Detroit Lions have won seven of their last 10 home games. Matthew Stafford is completing 60.4 percent of his passes for 1,428 yards, 12 touchdowns and four interceptions. Stafford has two or more touchdown passes in five of his last seven games. Golden Tate and Marvin Jones Jr. have combined for 643 receiving yards and five touchdowns while Theo Riddick has 23 receptions. The Detroit Lions ground game is averaging 84 yards per contest, and Ameer Abdullah leads the way with 324 yards and one touchdown. Defensively, Detroit is allowing 24.8 points and 338.5 yards per game. Tahir Whitehead leads the Detroit Lions with 36 tackles, Anthony Zettel has four sacks and Darius Slay has three interceptions.

The Pittsburgh Steelers seemed to have turned the corner and are now the trendy pick with the public to be the new best team in the league. That title seems to change every week. However, the Steelers do have some questions on offense with Martavis Bryant being ruled out due to off the field issues and JuJu Smith-Schuster is questionable with a concussion, which means Pittsburgh could be without two of its top-three receivers. The Lions are coming off a bye and have a great ATS record when having extra time to prepare. Two of the Lions three losses this season have also come by four or less points. This feels like one of those games where Stafford plays at a high level and the defense does just enough to keep the Lions in the game. I'll take my free field goal and the home team.