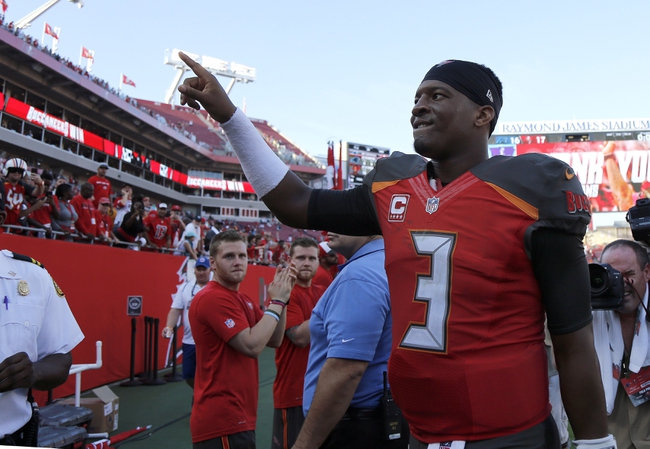 We have a week 8 NFC South showdown on tap as the Carolina Panthers duke it out against the Tampa Bay Buccaneers in NFL action.

The Carolina Panthers will look to rebound after dropping back-to-back games following a 17-3 loss to Chicago in their last outing. Cam Newton threw for 211 yards on 21 of 34 passing while also rushing for a team-high 50 yards on 9 carries while turning the ball over 3 times with a pair of interceptions and a fumble. Jonathan Stewart had a team-high 14 carries for 48 yards, while Kelvin Benjamin racked up a team-high 65 rushing yards with 3 receptions. Devin Funchess added 4 catches for 41 yards, while Christian McCaffrey caught a team-leading 7 receptions out of the backfield. Defensively, the Panthers couldn’t do much more, combining for 4 sacks, holding the Bears to just 153 yards of total offense and dominating the time of possession battle with over 38 minutes of possession in the loss.

The Tampa Bay Buccaneers need a win after falling for the 3rd straight game, this time a 30-27 loss to the Buffalo Bills. Jameis Winston threw for 384 yards, 3 touchdowns and an interception on 32 of 44 passing, while Doug Martin led the Bucs’ ground attack with 49 rushing yards on 20 carries. O.J. Howard led Tampa with 98 receiving yards and a pair of touchdown receptions on 6 catches, while Mike Evans turned his team-high 7 grabs into 88 yards and a TD of his own. DeSean Jackson added 5 catches for 73 yards, while Cameron Brate added 6 for 60 yards in the loss. Defensively, a Robert Ayers Jr. sack and a Lavonte David forced fumble which he also recovered were the lone highlights as the Bills racked up 434 yards of total offense and a 10 for 16 mark on 3rd down in the loss.

I know Carolina has had the bulk of the success in this matchup, but Newton has committed 6 turnovers with 5 interceptions in the back-to-back Panther losses. Tampa Bay has struggled for much of the season, but Winston is having a great season and have a more consistent offense in my opinion. Add in Carolina’s struggles against the spread within the division, and I’ll lay the field goal with Tampa Bay here.