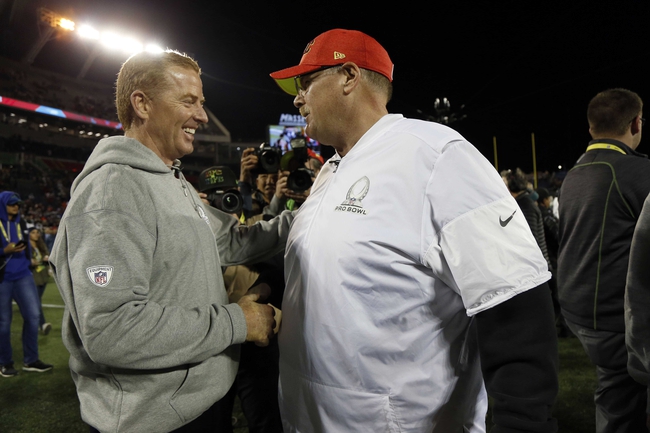 The Dallas Cowboys look for a third straight victory to stay in the NFC East division race. The Dallas Cowboys have won eight of their last 10 home games. Dak Prescott is completing 62.8 percent of his passes for 1,569 yards, 14 touchdowns and four interceptions. Prescott has two or more touchdown passes in five of his last six games. Dez Byrant and Jason Witten have combined for 680 receiving yards and seven touchdowns while Terrance Williams has 21 receptions. The Dallas Cowboys ground game is averaging 150.6 yards per contest, and Ezekiel Elliott leads the way with 690 yards and six touchdowns. Defensively, Dallas is allowing 23 points and 324.9 yards per game. Jaylon Smith leads the Dallas Cowboys with 47 tackles, DeMarcus Lawrence has 10.5 sacks and Anthony Brown has one interception.

In pick em games, I tend to usually give the edge to the home team, but in this case we're getting the better team on the road with no chalk. I have to side with the Kansas City Chiefs. Kansas City continues to play clean football and has the second best turnover differential behind only the Buffalo Bills. That has a lot to do with why the Chiefs have such an incredible road record dating back to last season. The Cowboys just lost the bread and butter of their offense in Elliott, which forces Prescott to be more than a game manager, which he's been most of his career up to this point. Also, while wins are wins in this league, the Cowboys four victories have come against teams that have a combined record of 7-22. The Kansas City Chiefs are simply the better team and have been in these tough road games time and time again to only come out on top. I like the road team in this spot.