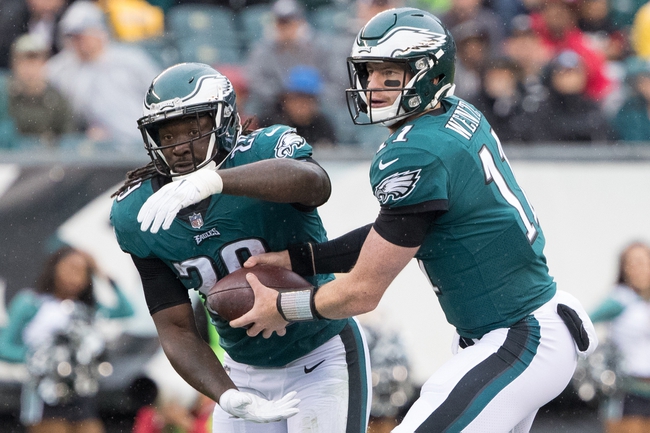 On Sunday from Lincoln Financial Field, the Denver Broncos and the Philadelphia Eagles will be meeting up in NFL action.

The Broncos enter this matchup with a 3-4 record on the year. Denver has lost their lat three games against the Giants, Chargers and Chiefs. In that KC game, Broncos QB Trevor Siemian put up 198 yards with one TD and three picks.

Moving forward, the Broncos will be starting Brock Osweiler at QB, at least for now, thanks to Siemian’s 10 interceptions on the year. CJ Anderson leads the Broncos in rushing on 469 yards and a TD from 107 attempts, and Demaryius Thomas is tops in receiving on his 455 yards, 59 targets and 35 receptions.

Over on the Eagles’ side, they’re playing well this year with a 7-1 record. Philly has won six in a row against the Giants, Chargers, Cardinals, Panthers, Redskins and 49ers. In that San Fran game, Eagles QB Carson Wentz threw for 211 yards, two touchdowns and one pick.

On the season, Wentz has 2063 yards, 19 touchdowns and five INTs, and LeGarrette Blount leads the Eagles rush with 467 yards and two scores off 100 attempts. Zach Ertz is the top Philly receiver with his 43 catches for 528 yards and six TDs.

The Broncos have been struggling on offense lately, hence the move to Osweiler. Denver has managed just 39 points over their last three games combined, and given up 73 in that span. As for Philly, they’re a bit of an oddball offense in that they’re not terribly well balanced—the Eagles have just one rusher this year who’s put up more than 74 yards in a game. That said, they have no problem scoring, as they’ve logged at least 26 points in all seven of their wins. Denver doesn’t have a lot going for them right now, so I’m sticking with Philadelphia to cover here.