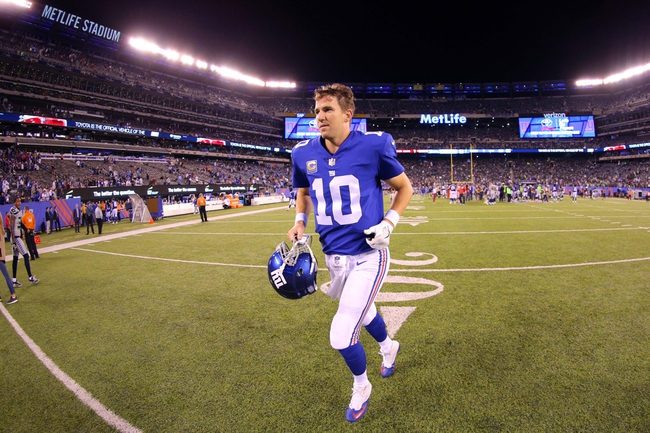 The New York Giants are desperate for a victory here to rebound from a brutal 1-6 record. The New York Giants have won six of their last nine home games. Eli Manning is completing 64.2 percent of his passes for 1,600 yards, 10 touchdowns and five interceptions. Manning has one or less touchdown passes in six of his last nine games. Evan Engram and Odell Beckham Jr. have combined for 644 receiving yards and six touchdowns while Sterling Shepard has 22 receptions. The New York Giants ground game is averaging 83.3 yards per contest, and Orleans Darkwa leads the way with 274 yards and one touchdown. Defensively, New York is allowing 22.3 points and 379.4 yards per game. B.J. Goodson leads the New York Giants with 42 tackles, Jason Pierre-Paul has 4.5 sacks and Darian Thompson has one interception.

There's value with the Giants at home and the free points considering they have had an extra week to prepare and lick their wounds. This is also a 10 am game for the Rams considering they'll be on east coast time, and there's a long history of teams struggling with cross country trips. However, the Giants still have limited offensive weapons, an offensive line that struggles to block and have scored 10 or less points in three of their first seven games. The Rams defensive front should have little trouble getting to Manning in this contest, and what has become an explosive offense in Los Angeles, should be able to put up points with the Giants defense being on the field too long. The Rams, who also have the better coach, have had an extra week to prepare as well. I'll take the better team by a touchdown or two.