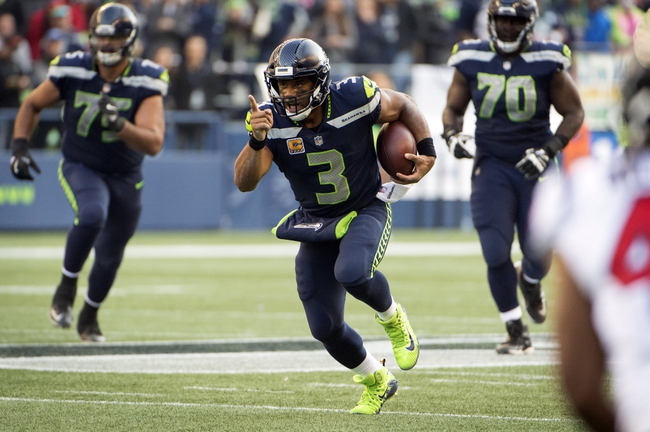 The Washington Redskins and the Seattle Seahawks face off in week 9 NFL action from CenturyLink Field on Sunday afternoon.

The Washington Redskins will look to bounce back after a pair of consecutive losses, including a 33-19 defeat at the hands of the Dallas Cowboys to drop the ‘Skins a game below .500 at 3-4 this season. Kirk Cousins completed 26 of his 39 pass attempts for 263 yards, a touchdown and an interception, while the Redskins ground attack as a whole combined to rack up 49 rushing yards on 15 carries with Rob Kelley adding a 1-yard TD. Jamison Crowder led Washington with 9 catches for 123 yards, while Chris Thompson followed with 8 catches for 76 yards and Josh Doctson’s lone catch was a 1-yard TD grab. Defensively, Ryan Kerrigan logged a pair of sacks and Matt Ioannidis forced a fumble that Josh Norman recovered as the Redskins gave up just 307 yards of total offense in the loss.

The Seattle Seahawks will look to keep the ball rolling after winning 4 straight games, including a 41-38 shootout victory over Houston in their last outing to improve to 5-2 this season to remain at the top of the NFC West standings. Russell Wilson was a monster, throwing for 452 yards, 4 touchdowns and an interception on 26 of 41 passing, while also leading the Seahawks in rushing with 30 yards on 4 carries. Tyler Lockett and Paul Richardson each caught 6 passes for 100+ yards, with Lockett logging 121 yards and Richardson racking up 105 yards in addition to a pair of TDs. Tre Madden’s lone catch went for 66 yards and Doug Baldwin added 6 catches as well while Jimmy Graham contributed 4 receptions for 39 yards and 2 touchdowns of his own. Defensively, the Seahawks combined for 4 sacks and 3 interceptions, including a 78-yard pick-six from Earl Thomas to open the scoring for the Seahawks early. However, a normally stout Seahawks’ defense allowed 509 yards of total offense to the Texans in the winning effort

Seattle allowing over 500 yards of offense and 38 points to the Texans is normally reason for concern, however the Seahawks still find ways to get the job done. Washington struggled mightily against the Cowboys, and I expect more of the same as the Seahawks get the job done so I’ll lay the touchdown with Seattle.