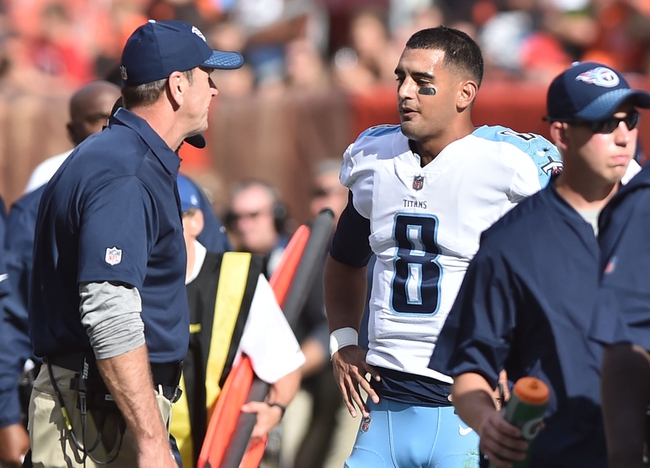 The Baltimore Ravens and Tennessee Titans meet Sunday in NFL action at the Nissan Stadium.

The Baltimore Ravens are coming off their best game of the season in a beatdown over the Miami Dolphins, and there's a chance they get even more players back with extended rest from playing last Thursday. However, Flacco remains questionable with a concussion, and I'm not about to back a team that's starting Ryan Mallett. The Titans have put together back-to-back wins, have a healthy Mariota and have had an extra week to prepare for this contest. The Titans defense has allowed 22 or less points in four of their last six games, and before last Thursday, the Ravens couldn't move the ball the length of a coffee table. The Titans are also extremely tough at home, which includes covers in six of their last seven. I'll take Tennessee by a touchdown.