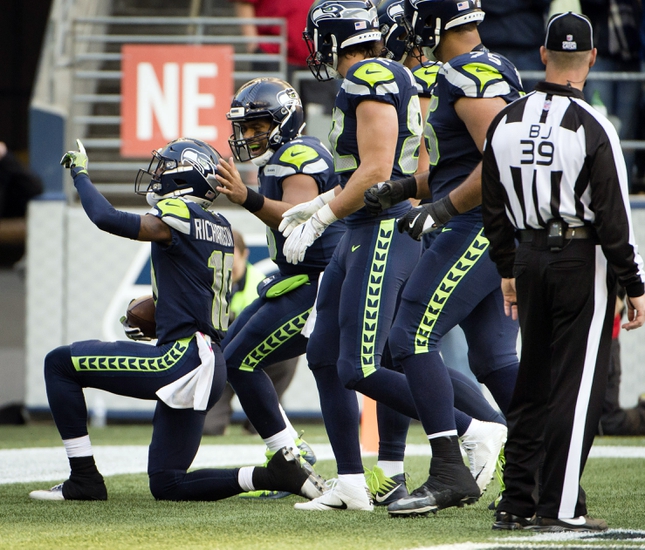 The Seattle Seahawks look for a fifth straight victory to build on their lead in the NFC West. The Seattle Seahawks have won 10 of their last 11 home games. Russell Wilson is completing 63.6 percent of his passes for 2,008 yards, 15 touchdowns and four interceptions. Wilson has two or more touchdown passes in four of his last five games. Doug Baldwin and Paul Richardson have combined for 804 receiving yards and seven touchdowns while Tyler Lockett has 26 receptions. The Seattle Seahawks ground game is averaging 97.6 yards per contest, and Chris Carson leads the way with 208 yards on 49 carries. Defensively, Seattle is allowing 18.9 points and 333.7 yards per game. Bobby Wagner leads the Seattle Seahawks with 60 tackles, Michael Bennett has 5.5 sacks and Earl Thomas has two interceptions.

The Washington Redskins are back to being just an average team that's getting harder and harder to trust, especially on the road. Washington has a ton of injuries on both sides of the ball and the offensive line is struggling to keep Cousins upright. Playing on the road against this Seahawks defense isn't going to help matters. Also, Wilson and company are finally putting together consistent drives, as the Seattle quarterback has seven touchdown passes in his last two games. This is going to be a tough game for Washington. Give me the Seahawks by double digits.