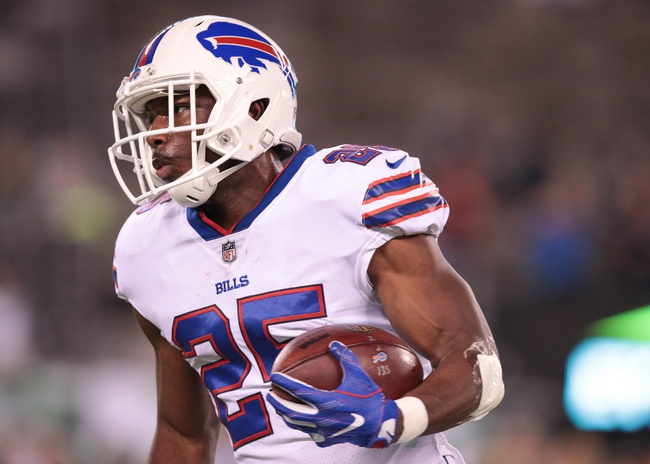 The Buffalo Bills also look to stay hot and undefeated at home after winning four of their last six games overall. The Buffalo Bills have won six of their last eight home games. Tyrod Taylor is completing 65.3 percent of his passes for 1,628 yards, 10 touchdowns and two interceptions. Taylor has one or less touchdown passes in five of his last seven games. Charles Clay and LeSean McCoy have combined for 500 receiving yards and two touchdowns while Jordan Matthews has 21 receptions. The Buffalo Bills ground game is averaging 116.9 yards per contest, and McCoy leads the way with 546 yards and three touchdowns. Defensively, Buffalo is allowing 18.6 points and 344.6 yards per game. Preston Brown leads the Buffalo Bills with 64 tackles, Jerry Hughes has three sacks and Micah Hyde has five interceptions.

This should be a fun game between two teams that have surpassed expectations regardless of what happens down the stretch. With that said, I'm taking the Buffalo Bills and the points here at home. One, the Bills have had a mini bye week after playing last Thursday, which has given Clay, E.J. Gaines and Zay Jones a chance to get healthy and back on the field. There's also the weather factor, as the Saints are a dome team used to playing half their games with no issues, and it's expected to be low 40s with possible rain on Sunday. That favors Buffalo and it's physical style of play. The Saints have also had a lot of luck facing backups or subpar quarterbacks this season, and that won't be the case here. I'll take the Bills and the free points in a game I think they win outright.