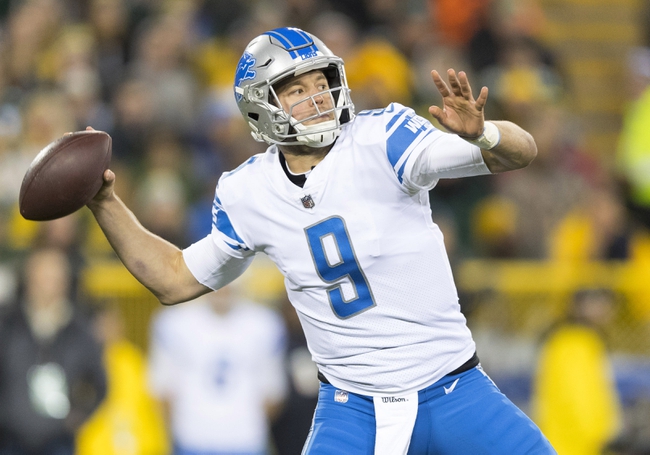 Up at Ford Field on Sunday, we’ve got Week 10 NFL action coming between the Cleveland Browns and the Detroit Lions.

The Browns are skidding as per usual with an 0-8 record this year. In their last four games, Cleveland has lost to the Jets, Texans, Titans and Vikings. In that Minnesota game, Browns QB DeShone Kizer put up 179 yards and a rushing touchdown.

So far this year, Kizer has 1144 yards, three touchdowns and 11 picks, and Isaiah Crowell leads the Browns in rushing with 351 yards and one TD off 102 carries. Duke Johnson is the leading Cleveland receiver on 324 yards and one TD from 36 grabs.

Over on the Lions’ side, they’re currently 4-4 this season. Detroit had lost three in a row versus the Panthers, Saints and Steelers, but beat Green Bay in their last outing. In that one, Lions QB Matthew Stafford put up 361 yards with two touchdowns.

On the season, Stafford has 2212 yards, 14 TDs and four picks, while Ameer Abdullah leads the Lions rush on 417 yards and two touchdowns from 122 attempts. Golden Tate heads up the Detroit receivers with 562 yards and two scores off 50 receptions.

It’s not surprising that Cleveland is 0-8 this year, but they’re not simply rolling over. Four of their losses have come by just three points, and they very well could have won a few of those. As for Detroit, they kept it close in a couple games during that losing streak (three points versus the Panthers and five versus the Steelers), but gave up 52 points to the Saints and simply couldn’t keep up. I don’t expect the Browns to get terribly close here, but with the line so thick I’m tempted to pick them to squeeze in there.