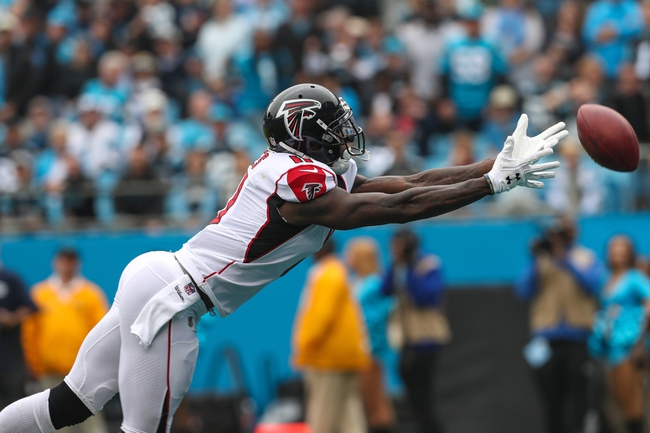 Down at Mercedes-Benz Stadium on Sunday afternoon, the NFL is bringing us Week 10 action between the Dallas Cowboys and the Atlanta Falcons.

The Cowboys are coming into this game with a 5-3 record this year. Dallas has hit their stride lately, winning the last three versus the 49ers, Redskins and Chiefs. In that KC game, Dallas QB Dak Prescott put up 249 yards with two touchdowns.

So far this season, Prescott has 1818 yards, 16 touchdowns and four INTs, while Ezekiel Elliott leads the Cowboys rush on 783 yards and seven TDs from 191 attempts. Tops in receiving for Dallas is Dez Bryant with 439 yards and four touchdowns from 38 catches.

Over on the Falcons’ side, they’re currently 4-4 this season. Atlanta has lost four of their last five games versus the Bills, Dolphins, Patriots and Panthers. In that Carolina game, Falcons QB Matt Ryan put up 313 yards with two TDs and one pick.

On the year, Ryan has logged 2157 yards, 11 TDs and seven INTs, and Devonta Freeman is the leading Falcons rusher with his 512 yards and five touchdowns on 114 attempts. Julio Jones leads the Atlanta receivers as usual with 658 yards and one TD from 43 catches.

Dallas has been pretty impressive over this three-game winning streak, most notably on defense. The Cowboys allowed no more than 19 points in any of those games and scored at least 28 in every one. As for the Falcons, they’ve obviously been a disappointment this year, though they’ve been hanging around in their losses. Atlanta has lost by six points or fewer in three of their four defeats. Still, I like Dallas to stay on a roll and get a win here.