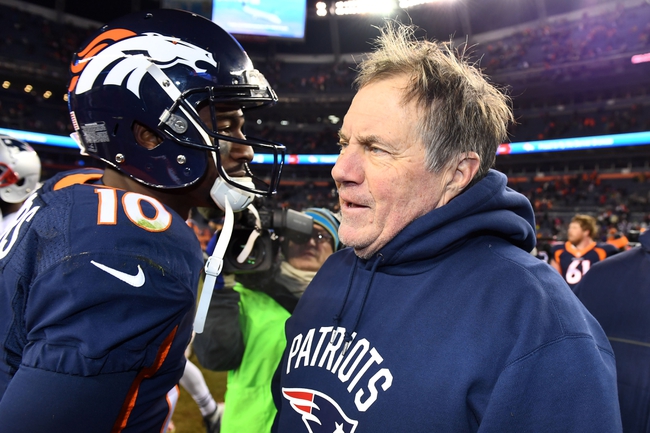 The Denver Broncos need a win here in order to snap a four-game losing streak to stay alive in the AFC wild card conversation. The Denver Broncos have won six of their last nine home games. Brock Osweiler is completing 50 percent of his passes for 226 yards, one touchdown and two interceptions. Osweiler has one or less touchdown passes in 10 of his last 13 games. Demaryius Thomas and Emmanuel Sanders have combined for 821 receiving yards and three touchdowns while A.J. Derby has 18 receptions. The Denver Broncos ground game is averaging 112.4 yards per contest, and C.J. Anderson leads the way with 482 yards and one touchdown. Defensively, Denver is allowing 24.8 points and 280.8 yards per game. Brandon Marshall leads the Denver Broncos with 57 tackles, Von Miller has eight sacks and Justin Simmons has one interception.

I don't like laying big chalk on the road, but again I ask, what have the Denver Broncos shown you in the last month that makes you think they can hang around with a playoff team? We laid the touchdown last week with the Eagles and that game was over at halftime. Osweiler isn't much of an upgrade to Siemian and the Broncos offense overall is averaging 13 points per game during their four-game losing streak. Besides being at home in a primetime game, there's just not much here to get excited about. The Patriots defense has picked things up over the last month, and they've had an extra week to prepare for this game while getting guys such as Stephon Gilmore and Malcom Brown closer to the field. This is a game where the Patriots should blow things wide open if both teams stay in their current form. Give me the Pats by double digits.