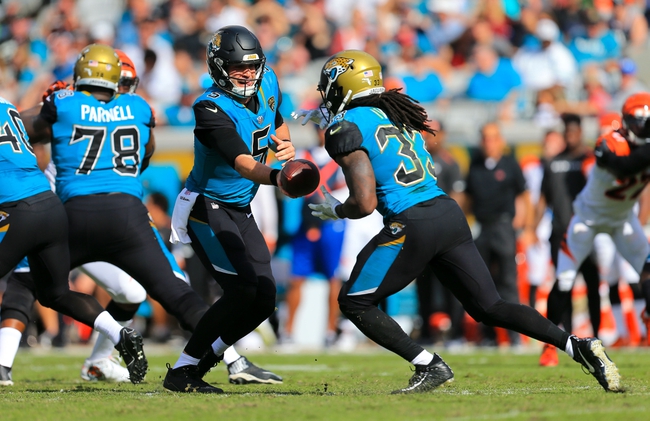 The Chargers have turned their season around with wins in three of their last four games and will be well prepared for this game coming off a bye. The Jagaurs continue to be one of the bigger surprises in the NFL, as they lead the AFC South and have possibly the best defense in the league. The Chargers and the points are worth a look here, but I can't help wonder how they're going to move the football in this game. The Chagrers don't have much of a running game and Rivers tends to force the issue and turn the ball over when he has to throw the ball a ton. The Jags have outscored 50-7 in their last two games and will have a rested Leonard Fournette after he was suspended last week. This is a game where Jacksonville can bully the Chargers for four quarters. I'll take Jacksonville by a touchdown.