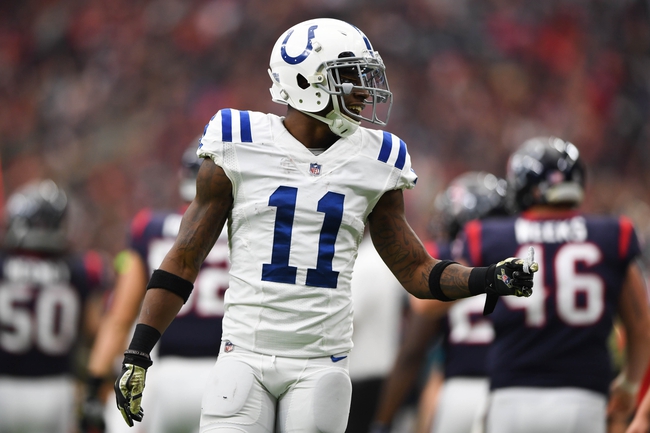 The Pittsburgh Steelers and the Indianapolis Colts duke it out from Lucas Oil Stadium in week 10 NFL action on Sunday afternoon.

The Pittsburgh Steelers will look to keep the ball rolling after their bye week, winning their last 3 games after a 20-15 win over Detroit in their last outing. Ben Roethlisberger threw for 317 yards, a touchdown and an interception on 17 of 31 passing, while Le’Veon Bell rushed for 76 yards and a touchdown on 25 carries. JuJu Smith-Schuster led Pittsburgh with 7 catches for 193 yards and a touchdown, while Antonio Brown contributed 5 catches for 70 yards. Defensively, the Steelers combined for a pair of sacks and a fumble recovery, all while holding the Lions to 5 field goals, but giving up 482 yards of total offense in the win.

The Indianapolis Colts will look to build some momentum after snapping a 3 game losing streak with a 20-14 win over Houston last time out. Jacoby Brissett threw for 308 yards and a pair of touchdowns on 20 for 30 passing, while Frank Gore led the Colts on the ground with 51 rushing yards on 17 carries. T.Y. Hilton led Indy with 5 catches for 175 yards and a pair of touchdowns, while Jack Doyle caught a team-high 8 passes for 63 yards. Defensively, Jabaal Sheard recorded a pair of sacks and a pair of forced fumbles while Barkevious Mingo recovered a fumble as Indy held Houston to just 288 yards of total offense in the win.

I know the Steelers come in as the better and more rested team, but we’ve cashed in on the Colts as underdogs in back-to-back weeks and I’m not stopping yet. Sure, last week came against an undermanned Texans team, but a win is a win, and only one of Indy’s home games has been decided by more than three points this season, while only one of Pittsburgh’s road wins this season have come by double digits. I’ll take the Colts and the points here.