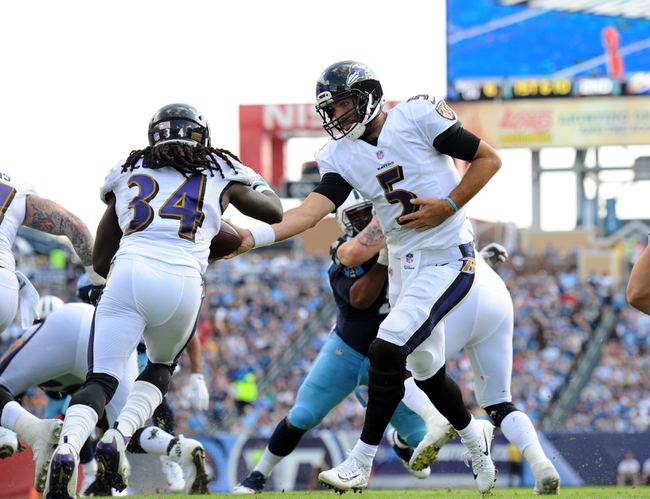 We have some inter-conference action between the Baltimore Ravens and the Green Bay Packers from Lambeau Field on Sunday afternoon.

The Baltimore Ravens will look for a road win here to climb back to .500 after a 23-20 loss to Tennessee in their last outing sent the Ravens to 4-5 on the year. Joe Flacco completed 34 of his 52 pass attempts for 261 yards, 2 touchdowns and 2 interceptions, while Alex Collins led the Ravens’ ground attack with 43 rushing yards on 13 carries. Jeremy Maclin led the team with 8 catches for 98 yards, while Javorius Allen and Benjamin Watson each caught 7 passes, with Allen logging 44 yards and a touchdown. Mike Wallace also contributed 4 catches for 19 yards and a touchdown in the losing effort. Defensively, the Ravens combined for 3 sacks and an interception, all while holding the Titans to just 257 yards of total offense in the loss.

The Green Bay Packers will look to build some steam after grabbing their first win in over a month with a 23-16 win over Chicago last time out to snap a 3 game losing streak and bring the Pack to 5-4 this season. Brett Hundley threw for 212 yards and a touchdown on 18 of 25 passing, while Jamaal Williams led the team on the ground with 67 yards on 20 carries. Ty Montgomery added 54 rushing yards and a touchdown, while Davante Adams led Green Bay’s receiving corps with 5 catches for 90 yards and a TD grab in the win. Randall Cobb and Jordy Nelson also added 3 receptions a piece in the winning effort. Defensively, the Packers combined for 5 sacks, including 3 from Nick Perry, all while holding the Bears to 323 yards of total offense and a 4 for 14 mark on 3rd down in the win.

This is a hard game for me, as you have Baltimore who have won games on the road this season but against subpar competition, for example an opening week win over a struggling Cincinnati team and a win at Oakland who were without Derek Carr, going against a Green Bay team who just lost Aaron Jones and are still questionable with Hundley under center. However, we are getting points with the Packers at home and Lambeau is one of the toughest places in the NFL to go on the road and win, so in a game that is probably better to just watch than bet, I’ll take the Packers and the points.