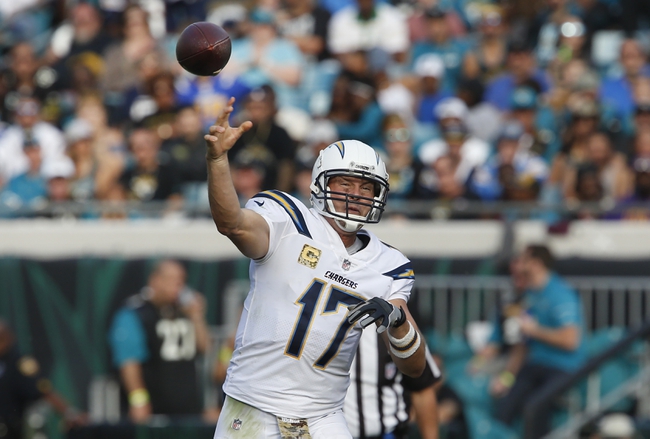 The Buffalo Bills look for a spark of consistency here after splitting their last eight games. The Buffalo Bills have lost three of their last four road games. Nathan Peterman is completing 70 percent of his passes for 79 yards, one touchdown and zero interceptions. Peterman enters this game with just 10 pass attempts under his belt. Charles Clay and LeSean McCoy have combined for 524 receiving yards and two touchdowns while Jordan Matthews has 22 receptions. The Buffalo Bills ground game is averaging 111.6 yards per contest, and McCoy leads the way with 595 yards and three touchdowns. Defensively, Buffalo is allowing 21.8 points and 359.9 yards per game. Preston Brown leads the Buffalo Bills with 70 tackles, Jerry Hughes has three sacks and Micah Hyde has five interceptions.

The Bills went from being a contender in the AFC East to having a defense that can't get off the feld and going to an inexperienced quarterback. The Bills now have to take that trip across the country to play a Chargers team that competes its tail off and could easily have a winning record with a bounce here or a bounce there. While the Chargers home field is an absolute joke, there's no way I can back Peterman and these Bills on the road, especially with the way their defense got gashed last week at home. This is a game where Rivers can go to work and the Chargers can get the victory by at least a touchdown.