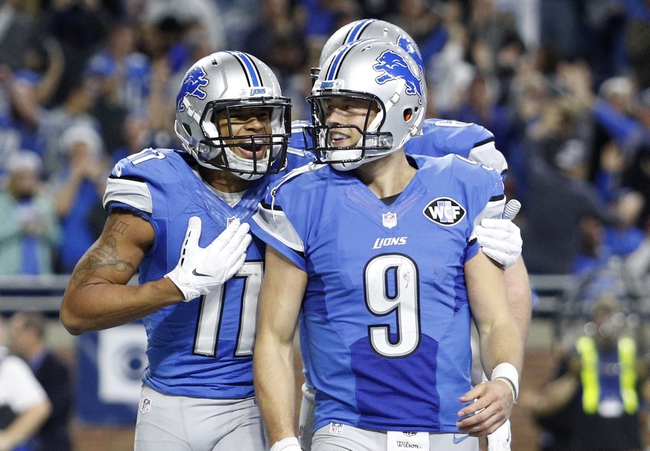 We have an NFC North showdown on tap in week 11 NFL action as the Detroit Lions visit the Chicago Bears on Sunday afternoon.

The Detroit Lions will look to build off of back-to-back wins, including a 38-24 win over Cleveland last time out to climb above .500 to 5-4 this season. Matthew Stafford threw for 249 yards, 3 touchdowns and an interception on 17 of 26 passing, while Ameer Abdullah added 52 rushing yards and a touchdown with his 11 carries. Golden Tate led the team with 6 catches for 97 yards and a touchdown, while Kenny Golladay added 64 receiving yards, Eric Ebron and Theo Riddick each contributed a touchdown grab in the win. Defensively, the Lions combined for a pair of sacks and an interception in addition to a Nevin Lawson forced fumble that he also recovered and returned 44 yards for a touchdown in the 2nd quarter. All of this while giving up 413 yards of total offense and a 5 for 15 mark on 3rd down to Cleveland in the win.

The Chicago Bears will try to rebound from back-to-back defeats after dropping a heartbreaker to Green Bay by a final score of 23-16 in their last outing to drop to 3-6 on the year. Mitchell Trubisky threw for 297 yards and a touchdown on 21 of 35 passing, while Jordan Howard rushed for a team-high 54 yards on 15 carries. Dontrelle Inman led the Bears with 6 catches for 88 yards, and Kendall Wright added 5 receptions, while Josh Bellamy had a pair of receptions for 57 yards and the team’s lone touchdown in the loss. As a team, the Bears defense combined for 3 sacks and held the Packers to 342 yards of total offense but just couldn’t get the stops needed to get the ball back after giving up almost 34 minutes of possession to the Pack in the losing effort.

I’m not sure what to make of this Chicago team after looking so good for back-to-back weeks, they throw out a couple of clunkers, including a loss to a Green Bay team they know they should’ve beat. The Lions need to keep piling up the wins to keep pace with Minnesota with a date with the Vikings circled for next week on Thursday night football, so there is a look-ahead factor in play, but I’m not worried as I think the Lions have enough firepower offensively to get the job done here.