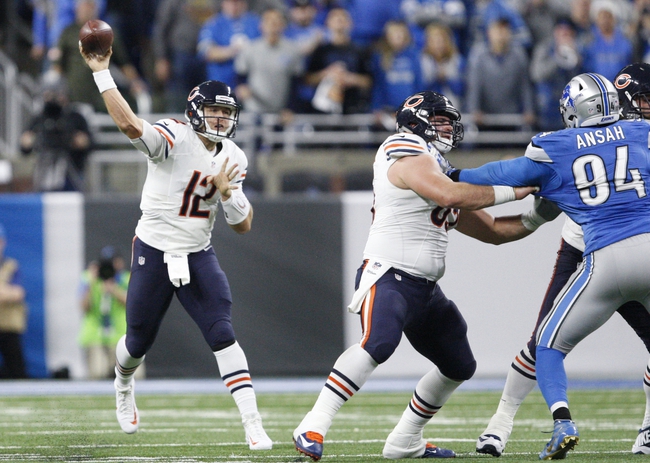 The Chicago Bears host the Detroit Lions in an NFC North division show down on Sunday in a game that has playoff implications for the visitors.

The Lions head into the Windy City looking for a huge road win against the upstart Chicago Bears who have been a thorn in the side of many opponents this season, as this game has big divisional implications in the NFC North. Detroit has had a very strong season and have been serviceable on both sides of the ball as their defense has stepped up in some and their offense has led the way on the others but overall this group has been quite stable and have a very great shot at outlasting the Minnesota Vikings for top spot in the division. Detroit will need a well balanced effort on offense if they’re going to keep some of the Bears defensive game breakers at bay, and the impact of Ameer Abdullah should top this game in one direction or the other.

The Bears meanwhile come into this one as a slight home underdog as they have been a team that has been tough to put away this season and has some pretty big victories to their name as a result. Chicago has officially entered the Mitch Trubisky era and so far they have used him mainly as a game manager to put him in a position for development, and as a result we have seen another strong campaign out of Jordan Howard, and the emergence of Tarik Cohen as a passing down back as a rookie. Defensively the Bears still have some very strong pieces and they are going to have to carry the load here as the Lions offense can put teams away in a hurry and with the crowd playing a factor you can bet the Lions are hoping to do that early.