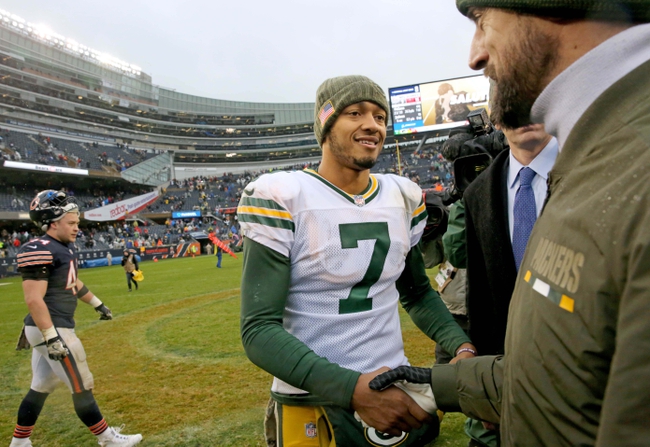 The Baltimore Ravens need a win here after losing five of their last seven games to get back to a .500 record. The Baltimore Ravens have lost nine of their last 11 road games. Joe Flacco is completing 64.3 percent of his passes for 1,551 yards, eight touchdowns and 10 interceptions. Flacco has one or less touchdown passes in six of his last seven games. Jeremy Maclin and Mike Wallace have combined for 577 receiving yards and five touchdowns while Benjamin Watson has 38 receptions. The Baltimore Ravens ground game is averaging 120.9 yards per contest, and Alex Collins leads the way with 521 yards on 93 carries. Defensively, Baltimore is allowing 19 points and 310.6 yards per game. C.J. Mosley leads the Baltimore Ravens with 76 tackles, Terrell Suggs has 5.5 sacks and Eric Weddle has three interceptions.

Other than the questionable status around Brett Hundley, who suffered a hamstring injury last week but is likely going to play, I'm not sure why the Ravens are favored in this game. Sure, the Ravens have had an extra week to prepare and get some guys healthy, but Baltimore is a subpar blah team no matter how you slice it. Besides blowing out the Miami Dolphins, the Ravens have done nothing over the last two months to inspire confidence they can win a game in Lambeau regardless who the quarterback is. The Packers looked sharp last week, as Hundley had the best game of his career, the defense took away the Bears bread and butter and running back Jamaal Williams shined in place of the injured Jones. The Packers are the better team with or without Rodgers and should win this game outright, so give me the points.