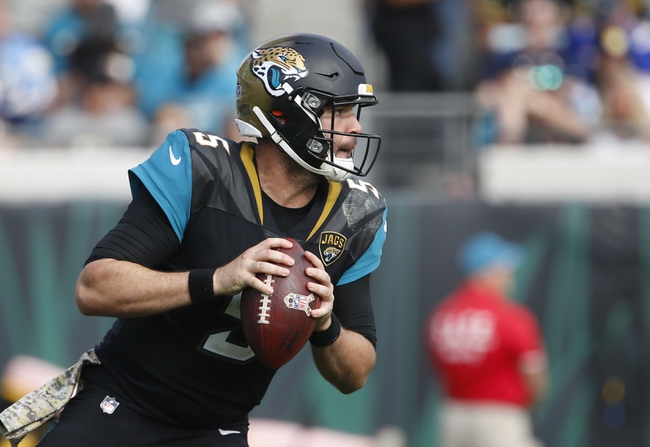 Over at FirstEnergy Stadium on Sunday, the Jacksonville Jaguars and the Cleveland Browns will be meeting up in NFL activity.

The Jaguars come into this one at 6-3 on the season. Jacksonville has won their last three games versus the Colts, Bengals and Chargers. In that Chargers game, Jaguars QB Blake Bortles threw for 273 yards with a TD and two picks.

On the year, Bortles has 1930 yards with 11 TDs and seven INTs, and Leonard Fournette is the top Jaguars rusher so far with 629 yards and six touchdowns off 147 attempts. Marqise Lee is the leading Jacksonville receiver on 493 yards with two scores from 38 catches.

Over on the Browns’ side, they’re sitting at 0-9 on the season. Cleveland has lost to the Texans, Titans, Vikings and Lions over their last four. In that Detroit game, Browns QB DeShone Kizer put up 232 yards with one TD and one INT.

On the season so far, Kizer has 1376 yards with four TDs and 12 INTs, while Isaiah Crowell is the Browns’ leading rusher on 441 yards and two scores off 118 attempts. Duke Johnson heads up the Cleveland receiving corps with 358 yards and one TD from 42 catches.

The Jaguars have beaten some pretty good teams this year, and they’re starting to morph into a contender—especially on defense. The Jacksonville D has held opponents to 17 points or fewer in every one of their wins. Cleveland, meanwhile, hasn’t been getting destroyed in most of their games this year, which I guess you could say is progress. I don’t think the Jags will hang enough points to cover here, so I’m taking Cleveland.