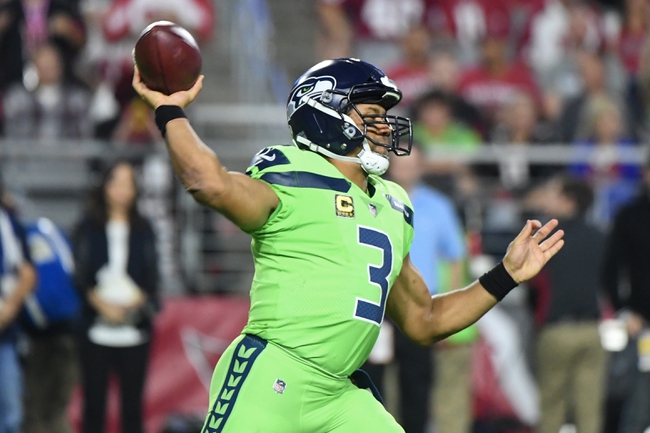 The Atlanta Falcons make the trek to CenturyLink Field to take on the Seattle Seahawks in the week 11 edition of Monday Night Football on ESPN.

The Atlanta Falcons will look to build some momentum after climbing back above .500 at 5-4 this season with a 27-7 win over Dallas in their last outing. Matt Ryan threw for 215 yards, 2 touchdowns and an interception on 22 of 29 passing. Tevin Coleman led the team with 83 rushing yards and a touchdown on 20 carries, while Taylor Gabriel led Atlanta with 58 receiving yards. Julio Jones wasn’t far behind with a team-high 6 catches for 57 yards, while Austin Hooper added 6 catches of his own for 49 yards and a touchdown. Justin Hardy also added a TD grab for the Falcons in the win. Defensively, the Falcons recorded a massive total of 8 sacks, including a whopping 6 sacks from Adrian Clayborn, making him one of four players in NFL history with 6 sacks in a single game. The Falcons also forced a pair of fumbles, both of which were recovered as the Falcons held Dallas to 233 yards of total offense in the win.

The Seattle Seahawks have had extra rest, but paid the price in their 22-16 win over Arizona in the week 10 edition of Thursday Night Football, losing 7 players to injury, including star defensive back Richard Sherman, who ruptured his Achilles and is out for the season. Russell Wilson threw for 238 yards and 2 touchdowns on 22 of 32 passing, while the Seahawks as a team combined to rush for 75 rushing yards on 23 carries. Doug Baldwin led the team with 95 receiving yards and Paul Richardson’s lone grab went for 43 yards, while Jimmy Graham added a team-high 6 grabs for 27 yards and both of Seattle’s touchdowns in the win. Defensively, Seattle combined for a pair of sacks and a forced fumble which they also recovered, but I’m sure Seattle would trade all of it to have a couple of their defenders back down the stretch, including the aforementioned Sherman.

Seattle is a hard place to go on the road and win, and the Falcons have had their fair share of struggles this season. However, the Falcons straight up took it to the Cowboys and I’m not sure how the Seahawks defense will be able to handle the loss of Sherman, especially against the usually dynamic Atlanta offense. I’ll lay the point with Atlanta here as more of a fade from Seattle due to all of the question marks and uncertainty on defense.