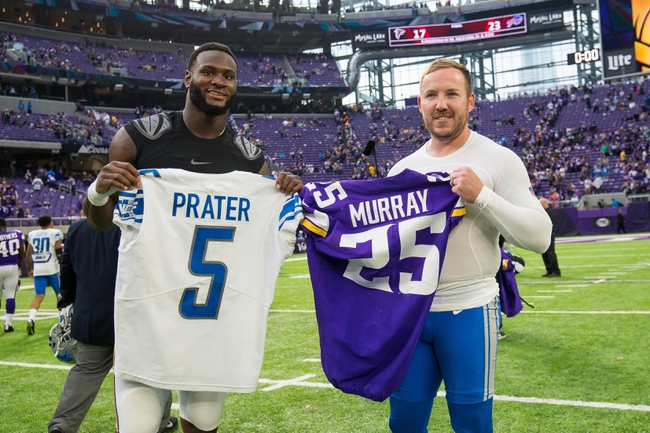 The Detroit Lions look for a fourth straight victory to increase their chances of making the postseason. The Detroit Lions have lost three of their last four home games. Matthew Stafford is completing 63.1 percent of his passes for 2,760 yards, 19 touchdowns and five interceptions. Stafford has two or more touchdown passes in five of his last six games. Golden Tate and Marvin Jones Jr. have combined for 1,313 receiving yards and nine touchdowns while TJ Jones has 24 receptions. The Detroit Lions ground game is averaging 80.8 yards per contest, and Ameer Abdullah leads the way with 491 yards and three touchdowns. Defensively, Detroit is allowing 23.4 points and 354.5 yards per game. Tahir Whitehead leads the Detroit Lions with 61 tackles, Anthony Zettel has six sacks and Darius Slay has four interceptions.

I hate trying to cap Thursday games due to teams not having the right amount of time to prepare, we usually get sloppy play and it seems like the opposite happens whenever I predict games in the middle of the week. The Vikings are one of the hottest teams in the league, as the defense has allowed 17 or less points in seven of their last eight games and the offense does just enough to close the deal. The Lions have been hit or miss all season and haven't played well at home, but they are on a three-game winning streak and are used to playing on Thanksgiving where they've actually won four straight there as well. Stafford does have that brutal record against winning teams in his career, which would make the Vikings the obvious pick. Even with everything pointing to Minnesota, I'm going to back the Lions here. Detroit seems due for a win against a contender, as it lost to Pittsburgh, Carolina and Atlanta by a combined 12 points. If the Lions are ready to take that next step, this is the game they have to win at home. I'll take my two points.