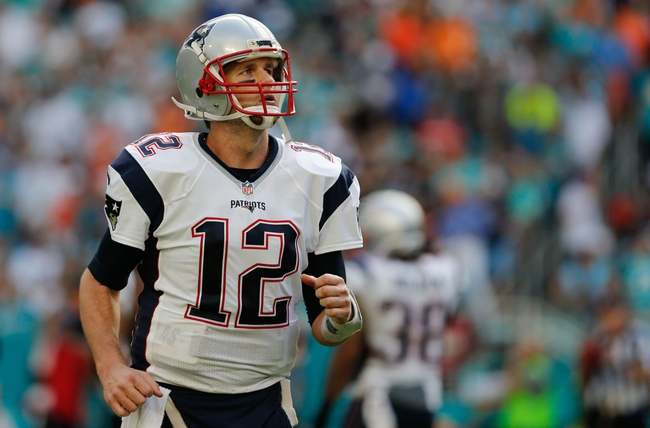 We have an AFC East showdown in week 11 NFL action as the Miami Dolphins face off against the New England Patriots from Foxborough.

The Miami Dolphins come into this one looking to pull off what many would call an upset after dropping their 4th straight game thanks to a 30-20 loss to Tampa Bay in their last outing. Jay Cutler threw for 83 yards, a touchdown and 3 interceptions on 6 of 12 passing before leaving with a concussion. Matt Moore stepped in under center and threw for 282 yards and a touchdown of his own on 17 of 28 passing. Damien Williams led Miami with 10 carries for 78 yards, while Kenny Stills led the Dolphins receiving corps with 7 catches for 180 yards and a touchdown in addition to 6 catches for 95 yards and a TD for Jarvis Landry. Defensively, a Cameron Wake sack was the lone individual highlight for the Dolphins in the loss, as Miami held Tampa to just 321 yards of total offense and a 3 for 13 mark on 3rd down in the losing effort.

The New England Patriots will look to keep rolling after their 6th straight win in the form of a 33-8 beatdown of the Oakland Raiders in their last outing. Tom Brady threw for 340 yards and 3 touchdowns on 30 of 37 passing, while Dion Lewis led the Pats’ ground attack with 10 rushes for 60 yards. Brandin Cooks led the team with 149 receiving yards and a touchdown on 6 catches, while Danny Amendola recorded a team-high 8 grabs for 66 yards and a score. The aforementioned Lewis also added a touchdown grab out of the backfield with his 4 receptions. Defensively, the Pats combined for a sack, an interception and a forced fumble which they also recovered, all while holding the Raiders to 344 yards of total offense in the win.

I’m not sure it matters who starts at QB for the Dolphins, this team is just a mess right now. Meanwhile, New England is rolling and making a strong case to be the favorite once again in the AFC. The line is really thick, but Miami hasn’t had any success in New England over the last few years, so in a matchup that’s been dominated by the home team, I’ll lay the points with New England in a rout.