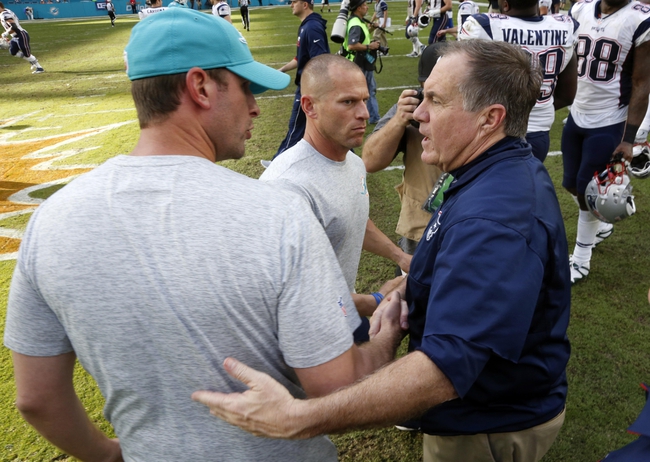 The Miami Dolphins need a win here to snap a four-game losing streak while staying alive in the AFC wild card race. The Miami Dolphins have split their last eight road games. Jay Cutler is completing 64.6 percent of his passes for 1,602 yards, 13 touchdowns and nine interceptions. Cutler is questionable for this game due to a concussion suffered last week. Kenny Stills and Jarvis Landry have combined for 1,155 receiving yards and 11 touchdowns while DeVante Parker has 34 receptions. The Miami Dolphins ground game is averaging 80.4 yards per contest, and Kenyan Drake leads the way with 180 yards and one touchdown. Defensively, Miami is allowing 25.4 points and 339.2 yards per game. Kiko Alonso leads the Miami Dolphins with 69 tackles, Cameron Wake has six sacks and Reshad Jones has two interceptions.

Adam Gase said Cutler is the starting quarterback as long as he's healthy, which gives the Dolphins no chance in this game. The Dolphins offense continues to be one of the worst units in the league and the defense can't get off the field with any consistency. At some point you have to wonder when these Miami players will start checking out, as this has been a really rough season that has very few bright spots the deeper we dig. The New England Patriots have found their form and seem to be improving each week, which includes outscoring their last two teams by a combined score of 74-24. The Dolphins usually play the Pats tough, but this doesn't seem to be one of those seasons. Not to mention Landry said before the year that Miami would sweep New England this year, and we all know how Brady takes to those type of things. This is likely going to get ugly due to the Dolphins being so inept on both sides of the ball.