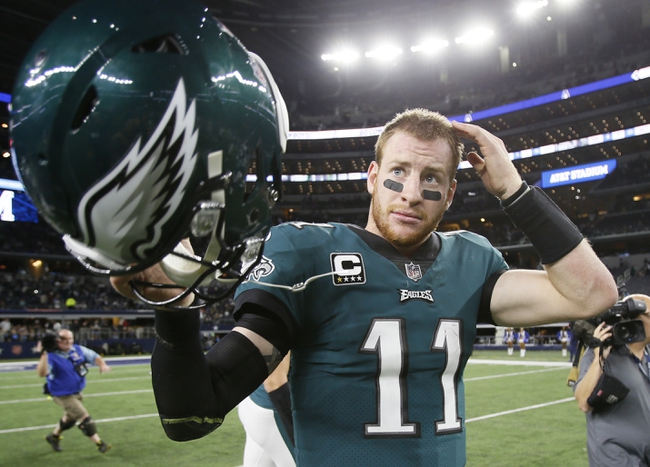 The Chicago Bears could use a feel good victory here after losing five of their last seven games. The Chicago Bears have lost three of their last four road games. Mitchell Trubisky is completing 53.1 percent of his passes for 988 yards, four touchdowns and two interceptions. Trubisky has one or less touchdown passes in every game this season. Kendall Wright and Tarik Cohen have combined for 589 receiving yards and two touchdowns while Zach Miller has 20 receptions. The Chicago Bears ground game is averaging 131.8 yards per contest, and Jordan Howard leads the way with 841 yards and five touchdowns. Defensively, Chicago is allowing 22.1 points and 319 yards per game. Christian Jones leads the Chicago Bears with 65 tackles, Akiem Hicks has seven sacks and Danny Trevathan has one interception.

I've been on the Philadelphia Eagles bandwagon the last couple of weeks, and we've made some nice money backing them in these recent blowouts. The problem is once bettors fall in love with these teams and they get all the love from the media and produce, you start seeing lines like this. The Eagles are starting to become the Golden State Warriors of the NFL, great team but sometimes getting way too many points. The Chicago Bears aren't a great football team and play better at home than on the road, but five of their seven losses have been decided by eight or less points. Chicago outplayed the Lions for three quarters last week, had its chances to beat Green Bay the week before and took the Saints down to the wire on the road. The Bears compete and cover numbers, the only thing we care about in this line of work. I'll take my two free touchdowns.