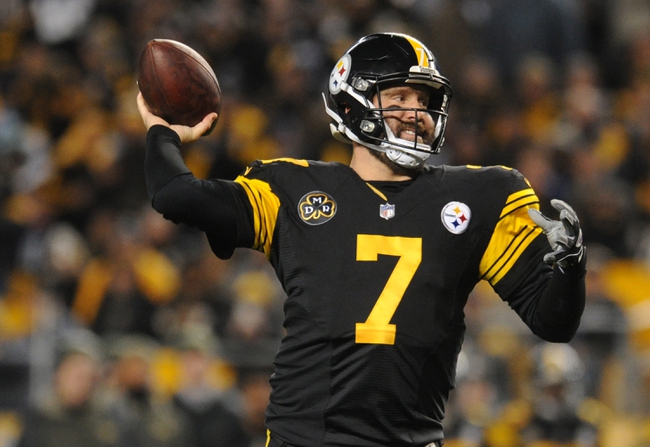 Over at Heinz Field on Sunday evening, we’ve got primetime NFL action coming between the Green Bay Packers and the Pittsburgh Steelers.

The Packers come into this game with a 5-5 record overall. Green Bay has lost four of their last five games to the vikings, Saints, Lions and Ravens. In that Baltimore game, Packers QB Brett Hundley put up 239 yards with three picks.

On the season, Hundley has 940 yards with two touchdowns and seven INTs, and Aaron Jones is the top Packers rusher on 370 yards and three TDs off 70 attempts. Heading up the Green Bay receivers is Davante Adams, with 620 yards and six scores off 50 catches.

Over on the Steelers side, they’re currently 8-2 on the season. Pittsburgh has won their last five straight games versus the Chiefs, Bengals, Lions, Colts and Titans. In that Tennessee game, Pittsburgh QB Ben Roethlisberger put up 299 yards with four TDs.

This year, Roethlisberger has 2597 yards with 16 TDs and 10 INTs, and Le’Veon Bell is the Steelers’ top rusher with 886 yards and five scores. As for Antonio Brown, he leads the Pittsburgh receiving corps with 1026 yards and six TDs off 70 catches.

Ever since losing Aaron Rodgers, the Packers have looked pretty awful, and understandably so. The offense has produced 17 points or fewer in their last four straight losses, and no one is taking them seriously right now. Pittsburgh is a bit of an enigma, as they’ve looked awesome in some games and awful in others. Still, the Steelers hold all the cards here, and they play a lot better at Heinz field as opposed to on the road. I’ll take Pittsburgh to cover here, but if the line were any thicker I'd have serious reservations about picking them.