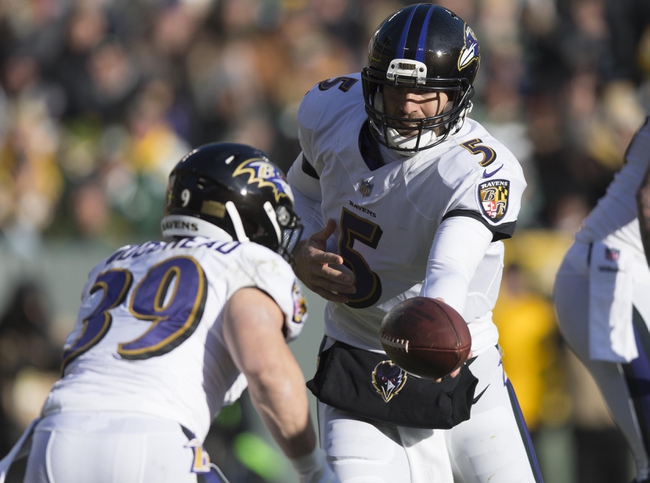 In the Week 12 installment of “Monday Night Football,” we’ve got NFL action coming between the Houston Texans and the Baltimore Ravens from M&T Bank Stadium.

Houston comes into this game with a 4-6 record so far. The Texans had a three-game losing streak going versus the Seahawks, Colts and Rams but won their last game versus Arizona. In that Cardinals matchup, Texans QB Tom Savage put up 230 yards with two touchdowns and one pick.

So far this year, Savage has 732 yards with four TDs and three INTs, and Lamar Miller is the top Texans rusher with 604 yards and two scores off 162 attempts. Tops in receiving for Houston is DeAndre Hopkins, with 879 yards and nine TDs from 62 catches.

Over on the Ravens’ side, they’re currently 5-5 on the year. Baltimore has gone 2-2 in the last four with losses to Minnesota and Tennessee alongside wins over the Dolphins and Packers. In that Green Bay game, Ravens QB Joe Flacco put up 183 yards with one TD and one INT.

On the year, Flacco has 1734 yards with nine TDs and 11 picks, and Alex Collins leads the Ravens rush with 570 yards and one TD from 113 carries. Jeremy Maclin is tops in receiving for Baltimore with 344 yards and three scores from 31 catches.

Houston looked lost without DeShaun Watson for a couple of games, but to their credit they righted the ship against Arizona, who is dealing with their own injury issues. As for Baltimore, they’re not playing consistently, but when they’re on, they’re on. The Ravens last two wins have come by a 63-0 score, and their last three losses have come by eight points or fewer. I’m tempted to take the Texans to sneak in there and cover, but the line’s just not thick enough. I will go with Baltimore here.