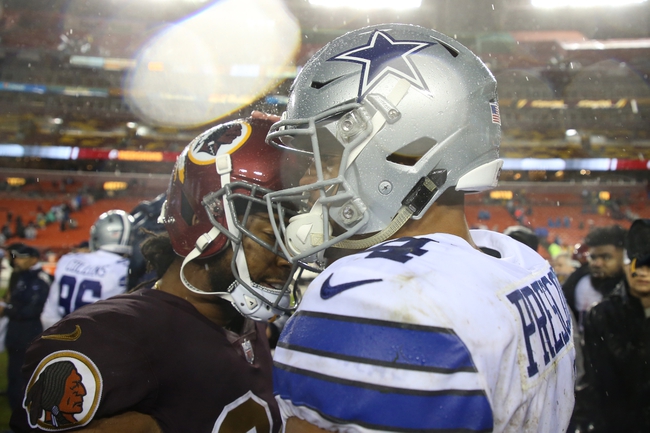 The Dallas Cowboys need to snap a three-game losing streak to have any shot of getting into the playoff race. The Dallas Cowboys have lost four of their last five home games. Dak Prescott is completing 63.7 percent of his passes for 2,318 yards, 16 touchdowns and nine interceptions. Prescott has zero touchdown passes and five interceptions in his last three games. Dez Byrant and Terrance Williams have combined for 1,033 receiving yards and four touchdowns while Jason Witten has 50 receptions. The Dallas Cowboys ground game is averaging 134.8 yards per contest, and Ezekiel Elliott leads the way with 783 yards and seven touchdowns. Defensively, Dallas is allowing 24.5 points and 348.3 yards per game. Jaylon Smith leads the Dallas Cowboys with 66 tackles, DeMarcus Lawrence has 11.5 sacks and Byron Jones has one interception.

Both of these teams have some serious issues, as the Washington Redskins can't put together back-to-back victories, the defense has taken a major step backwards and the injury list seems to be longer than Mike Tyson's arrest record. The Dallas Cowboys can't win at home, have produced a combined 22 points in their last three games and the defense isn't going to improve until Sean Lee returns. The good news for Dallas is that Lee is questionable, which gives him a chance to play in this contest. I'm not sure how anybody can be confident picking either of these teams due to the unknown on both sides. So, I'm going to side with history here. The Cowboys have won seven of the last nine games against the Redskins, which includes a beatdown a few weeks ago in Washington, 33-19. The Cowboys can't continue to struggle this much at home even with injuries to key players.