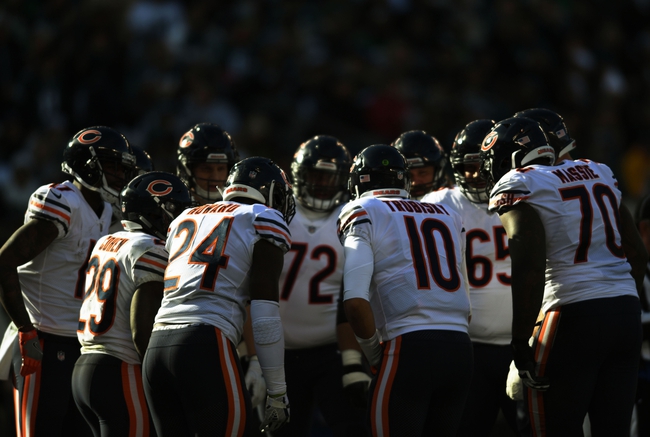 The Chicago Bears also need victory to snap a four-game losing streak. The Chicago Bears have lost three of their last four home games. Mitchell Trubisky is completing 52.8 percent of his passes for 1,135 yards, four touchdowns and four interceptions. Trubisky has one or less touchdown passes in every game this season. Kendall Wright and Tarik Cohen have combined for 612 receiving yards and two touchdowns while Zach Miller has 20 receptions. The Chicago Bears ground game is averaging 120.4 yards per contest, and Jordan Howard leads the way with 847 yards and five touchdowns. Defensively, Chicago is allowing 22.1 points and 319 yards per game. Christian Jones leads the Chicago Bears with 70 tackles, Akiem Hicks has seven sacks and Danny Trevathan has one interception.

The 49ers have a banged up quarterback and another quarterback who doesn't know the playbook due to just being traded a few weeks ago. The 49ers also likely aren't focused on winning games at this point due to be in the running for the top overall draft pick. The Chicago Bears easily play their best football at home where two of their three victories have come and all four of their home losses have been decided by seven or less points. The Bears have been a much better football team at home than the 49ers have been anywhere all season long. Of course, there's better games to bet on the card this week, but if forced to pick this game, I'd side with Chicago by a touchdown.