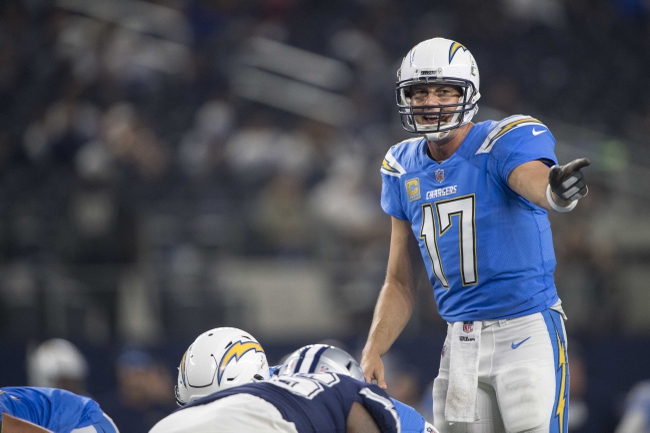 The Cleveland Browns and the Los Angeles Chargers duke it out on the gridiron in week 13 NFL action on Sunday afternoon.

The Cleveland Browns will be on the hunt for their first win of the season after falling to 0-11 with a 30-16 loss to Cincinnati in their last outing. DeShone Kizer threw for 268 yards on 18 of 31 passing, while also rushing for a touchdown and 39 yards on 9 carries. Isaiah Crowell led the Browns with 16 carries for 95 yards while Corey Coleman logged a team-high 64 receiving yards, while Kenny Britt added 52 yards and David Njoku along with Duke Johnson Jr., each added a team-high 4 catches in the losing effort. Defensively, a Myles Garrett sack was the lone individual highlights for the Browns as Cleveland gave up 361 yards of total offense in the losing effort.

The Los Angeles Chargers will try to make a push to get to .500 after climbing to 5-6 this season thanks to a 28-6 Thanksgiving day win over Dallas last time out. Philip Rivers threw for 434 yards and 3 touchdowns on 27 of 33 passing, while Melvin Gordon led the team in rushing with 65 yards on 21 carries. Keenan Allen was a monster, leading the team with 11 catches for 172 yards and a touchdown, while Hunter Henry added 5 catches for 76 yards and a TD in addition to 58 yards and a TD grab from Tyrell Williams as well. Austin Ekeler, Travis Benjamin and the aforementioned Gordon each had 3 receptions apiece in the win for the Chargers. Defensively, the Chargers combined for a pair of sacks and a pair of interceptions, including a 90-yard pick-six to close out the scoring for L.A. in the win. All while stifling the Cowboys offense to the tune of 247 yards of total offense and just under 24 minutes of possession in the win.

Cleveland has had all of the success between the two teams here, but with the way the Browns have been playing, you start to wonder if there’s enough points to make it worth taking Cleveland. Even with the line being just under two touchdowns here, I think the Chargers are a legitimate dark horse for the wild card in the AFC, and a slip-up here would be catastrophic to those hopes, so I’ll take a chance in laying the points with the Chargers here.