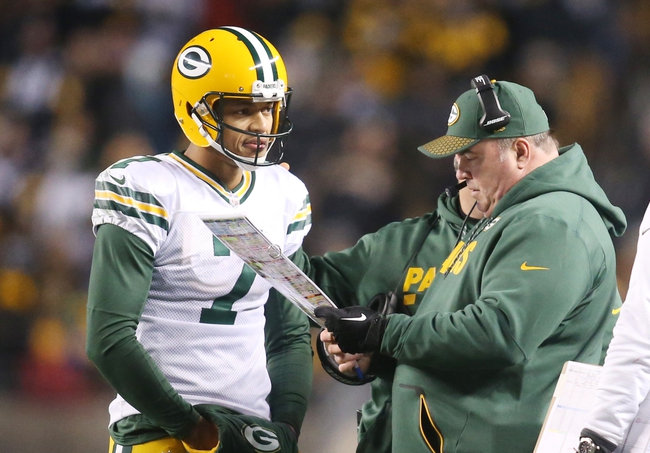 Up at historic Lambeau Field on Sunday, the Tampa Bay Buccaneers and the Green Bay Packers will be meeting up in NFL activity.

The Buccaneers come into the game with a 4-7 record so far. Tampa had two wins going versus the Jets and Dolphins, but lost their last game versus the Falcons. In that Atlanta game, Tampa QB Ryan Fitzpatrick put up 283 yards on 27-of-44 passing.

On the season so far, Fitzpatrick has put up 1103 yards with seven TDs and three picks, while Doug Martin is the top Bucs rusher with 376 yards and two touchdowns. Mike Evans is the leading Tampa receiver with 702 yards and four scores off 51 receptions.

Over on the Green Bay side, they’re currently 5-6 on the year. The Packers beat Chicago a few weeks back but since have lost against the Ravens and Steelers. In that Pittsburgh game, Packers QB Brett Hundley put up 245 yards and three TDs.

On the year, Hudley has 1185 yards, five TDs and seven INTs, and Aaron Jones leads the Pack with 370 yards and three scores. Tops in receiving for Green Bay is Davante Adams’ 702 yards and seven TDs from 55 catches.

This is a lost season for Tampa, thanks to some key injuries and lackluster play overall. It also doesn’t help that the Bucs haven’t had a 100-yard rusher all year—and only one 100-yard receiver. Green Bay is no stranger to injury either, but they were quite plucky in that Steelers game and nearly pulled out an improbable road win. I think the Packers get it going here and take it.