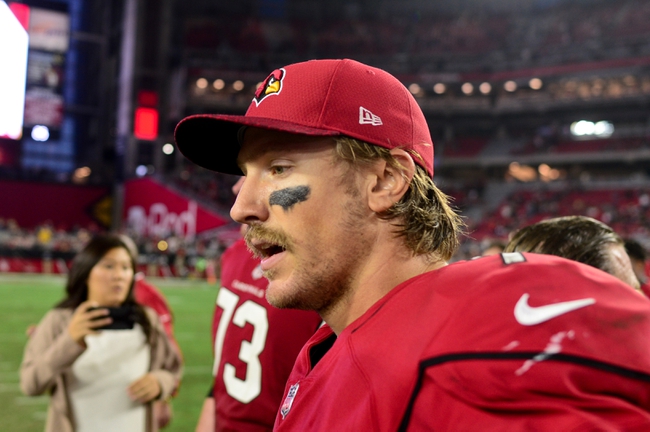 The Tennessee Titans and Arizona Cardinals meet Sunday in NFL action at U of Phoenix Stadium.

The Arizona Cardinals look to play spoiler with a victory after losing five of their last eight games. The Arizona Cardinals have split their last six home games. Blaine Gabbert is completing 59.6 percent of his passes for 719 yards, six touchdowns and five interceptions. Gabbert has a QBR of 37.2 this season and is coming off a game in which he had a QBR of 13.1. Larry Fitzgerald and J.J. Nelson have combined for 1,296 receiving yards and seven touchdowns while Jaron Brown has 25 receptions. The Arizona Cardinals ground game is averaging 76.6 yards per contest, and Adrian Peterson leads the way with 448 yards and two touchdowns. Defensively, Arizona is allowing 25.8 points and 330.3 yards per game. Tyvon Branch leads the Arizona Cardinals with 69 tackles, Chandler Jones has 13 sacks and Antoine Bethea has three interceptions.

The Tennessee Titans don't play sexy and will make you sweat in terms of covering, but they're a team that's still playing for a division title and has won six of their last seven games. The Arizona Cardinals have scored 21 or less points in eight of their last 10 games and aren't making life any easier for their quarterback with a limited ground game. The Titans defense should have a field day in this game and give Mariota and company many chances to put easy points on the board. The Cardinals are just too limited on the offensive end to pick them against playoff caliber teams. If you're taking the free field goal, you're basically saying Arizona will win the football game. I'm not there. Give me the Titans.