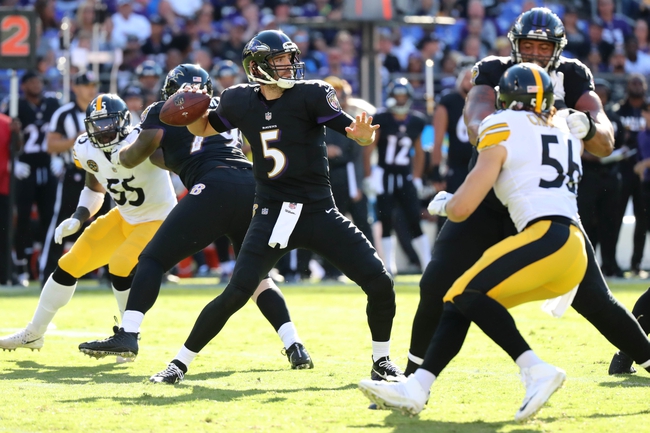 Out at Heinz Field on “Sunday Night Football,” we’ve got a great divisional rivalry game coming as the Baltimore Ravens visit the Pittsburgh Steelers.

The Ravens are sitting at 7-5 on the year so far. Baltimore has won their last three straight games, beating the Packers, Texans and Lions. In that Detroit game, Ravens QB Joe Flacco put up 269 yards and two touchdowns.

This year, Flacco has 2144 yards with 11 TDs and 11 INTs, and Alex Collins is the Ravens’ top rusher on 705 yards and four touchdowns. Mike Wallace heads up the Ravens receiving corps with 487 yards and three touchdowns from 34 catches.

Over on the Steelers’ side, they’re currently 10-2 on the season. Pittsburgh has won their last seven straight games, most recently against the Bengals on Monday. In that game, Pittsburgh QB Ben Roethlisberger managed 290 yards, two touchdowns and one INT.

This year, Roethlisberger has managed 3328 yards with 22 TDs and 13 INTs, and Le’Veon Bell heads up the Steelers rushing attack on 1057 yards and five TDs. Antonio Brown is Pittsburgh’s top receiver on 1296 yards and nine TDs from 88 receptions.

Baltimore struggled for most of the year, but over these last few games they’ve been playing well. After 46 combined points against Green Bay and Houston, the Ravens put up 44 points against Detroit and have allowed no more than 23 over their last five. As for Pittsburgh, they’re getting it done right now but cutting it pretty close—especially on the road. Pittsburgh’s offense has put up at least 29 points in their last three home games and I like them to continue it here. This is probably a game to stay away from due to the unpredictability of the rivalry, but I like the Steelers to cover.