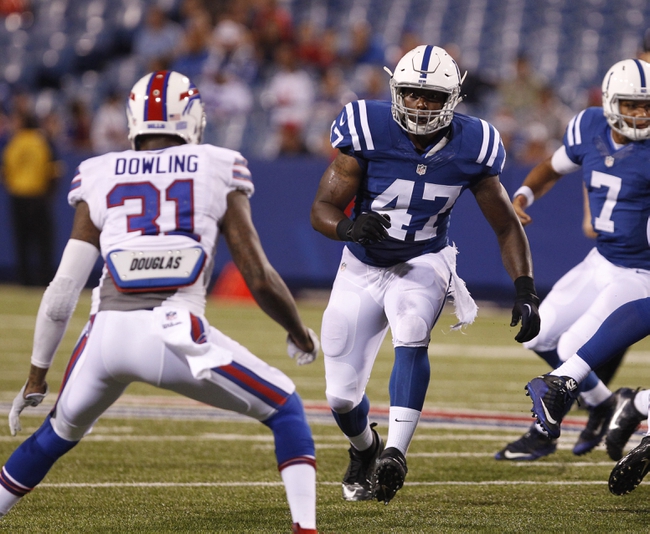 The Buffalo Bills need a victory here to get a game above a .500 record and remain in the AFC wild card race. The Buffalo Bills have won four of their last six home games. Tyrod Taylor is completing 63.2 percent of his passes for 2,090 yards, 12 touchdowns and four interceptions. Taylor has one or less touchdown passes in each of his last last four games. Charles Clay and LeSean McCoy have combined for 682 receiving yards and three touchdowns while Zay Jones has 25 receptions. The Buffalo Bills ground game is averaging 122 yards per contest, and McCoy leads the way with 851 yards and four touchdowns. Defensively, Buffalo is allowing 25 points and 366.8 yards per game. Preston Brown leads the Buffalo Bills with 100 tackles, Shaq Lawson has four sacks and Micah Hyde has five interceptions.

There's still questions if Tyrod Taylor is going to play or not due to a knee injury, but even then, I'm going to back the Buffalo Bills in pretty much a pick em spot at home. The Bills still have a shot to remain in the playoff race with a victory here and the Colts still find ways to lose games despite being able to hang in most of their games. If Nathan Peterman needs to start, he has some experience after playing against the Chargers, and the Bills should rely more on the running game playing in Buffalo. It's expected to be high 20s with potential snow, so the team with the better defense and ground game will have the advantage. Not to mention the Colts are a dome team that's not truly used to playing in that type of weather this time of year. No matter who plays at QB, I give the edge to the Bills.