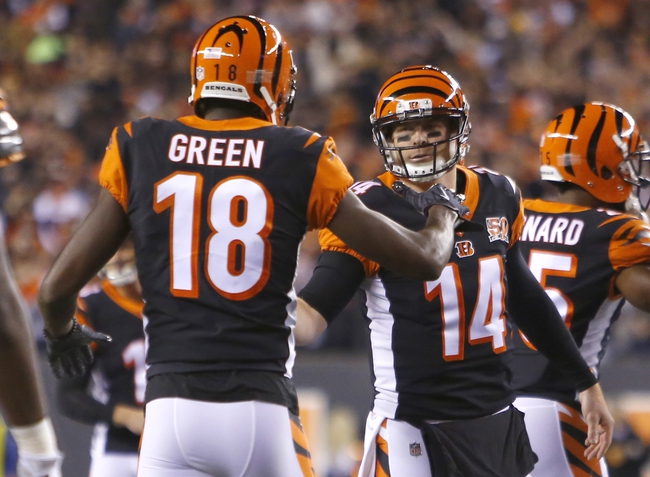 Over at Paul Brown Stadium on Sunday, we’ve got cross-conference NFL activity coming between the Chicago Bears and the Cincinnati Bengals.

Chicago comes into this game with a 3-9 record overall. The Bears have lost their last five games in a row, most recently to the Lions, Eagles and 49ers. In that San Fran game, Bears QB Mitch Trubisky threw for 102 yards and one TD.

So far this year, Trubisky has 1237 yards with five touchdowns and four picks, and Jordan Howard is the Bears’ top rusher on 885 yards with five scores. Heading up the Chicago receiving corps is Kendall Wright, with 370 yards and one TD from 33 catches.

Over on the Bengals’ side, they’re sitting at 5-7 on the season. Cincinnati had two wins in a row before a tight 23-20 loss to the Steelers on Monday night.

It goes without saying that Chicago is a pretty bad team this year, and they’re due for more growing pains as they try and get their offense on track. Trubisky and the gang have produced just 17 points over the last pair of games, and at some point the Bears are going to have to take the training wheels off. That won’t be this year, however. I’ll take the Bengals to cover here.