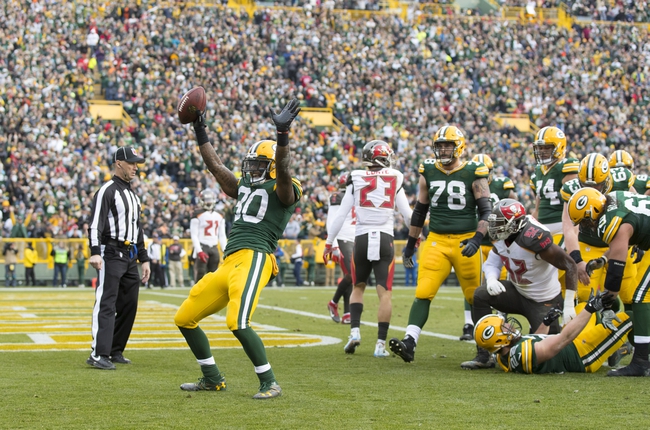 The Green Bay Packers and the Cleveland Browns tangle in some inter-conference action in a week 14 NFL matchup.

The Green Bay Packers will try to build some momentum after climbing back to .500 with a 26-20 overtime win over Tampa Bay in their last outing. Brett Hundley threw for just 84 yards on 13 of 22 passing with an interception, while also rushing for 66 yards on 7 carries. Jamaal Williams led the Pack with 113 rushing yards and a touchdown on 21 carries, while Aaron Jones took his lone carry 20 yards for the game-winning touchdown in overtime. Davante Adams led the team with 42 receiving yards, while Jordy Nelson caught a team-high 5 passes for 17 yards. Defensively, the Packers combined for 7 sacks while Kenny Clark forced a fumble that Dean Lowry recovered and returned for a touchdown.

The Cleveland Browns will hope to find their first win of the year after falling to 0-12 this season following a 19-10 loss to the Los Angeles Chargers last time out. DeShone Kizer completed 15 of his 32 pass attempts for 215 yards, a touchdown and an interception while also leading the Browns with 46 yards on 5 carries. Isaiah Crowell took his team-high 10 carries for 41 yards, while Josh Gordon led the team with 85 receiving yards on 4 catches. David Njoku added 4 catches of his own for 74 yards and a touchdown, while three other Browns recorded a pair of catches. Defensively, the Browns recorded a sack and a pair of forced fumbles while giving up 429 yards of total offense and just under 35 minutes of possession to the Chargers in the loss.

I think that the Packers are going to be a team that we have to watch out for over the last month of the season. They’re winning games without Aaron Rodgers, and even though it’s against teams like Tampa Bay and Chicago, it’s those wins that are keeping the Packers in the playoff race and when you throw in a narrow 3-point loss at Pittsburgh, there’s some hope for this team, especially with the prospects of Aaron Rodgers returning late this season. The Browns are the Browns, and it’s starting to really look like this team could go 0-16. Cleveland is playing for pride, but I don’t even think that’ll save them here. Lay the points with Green Bay here.