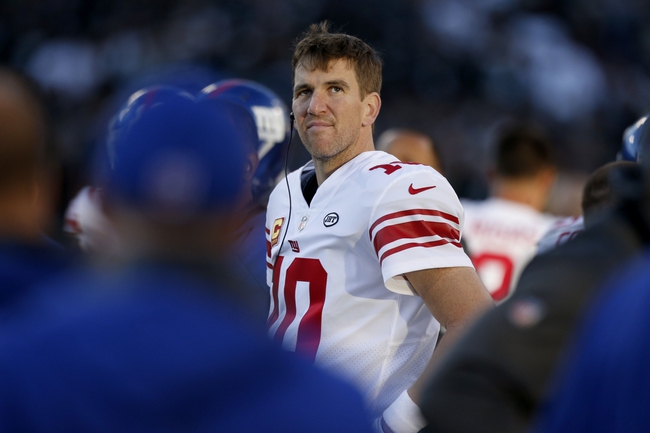 We have a big time NFC East showdown as the Dallas Cowboys play the New York Giants at MetLife Stadium in week 14 NFL action.

The Dallas Cowboys come into this one with some extra rest after climbing back to .500 with a 38-14 win over Washington on Thursday Night Football in week 13. Dak Prescott threw for 102 yards and 2 touchdowns on 11 of 22 passing, while Alfred Morris rushed for 127 yards and a touchdown on 27 carries and Rod Smith chipped in a rushing score of his own. Dez Bryant led the team with 5 catches for 61 yards and a TD, while Jason Witten’s lone catch was an 8-yard touchdown grab of his own. Ryan Switzer also added an 83-yard punt return touchdown while the Cowboys’ defense combined for 4 sacks, a pair of interceptions and a pair of forced fumbles. All of this while stifling the ‘Skins to the tune of 280 yards of total offense and a 6 for 14 mark on 3rd down in the win.

The New York Giants will try to add a feel good victory after falling to 2-10 this season thanks to a 24-17 loss to the Oakland Raiders in their last outing. Geno Smith threw for 212 yards and a touchdown on 21 of 34 passing, while Orleans Darkwa added 32 rushing yards and a touchdown on 14 carries. Evan Engram led the G-Men with 7 receptions for 99 yards and a touchdown, while Sterling Shepard added 3 catches for 56 yards and Tavarres King added 4 receptions in the losing effort. On defense, Calvin Munson recorded a sack while Brandon Dixon forced a fumble that Landon Collins recovered, all while giving up 401 yards of offense to the Raiders in the loss.

Even though Dallas hasn’t had a whole lot of luck ATS in this matchup, and the Giants decided to re-insert Eli Manning into the starting role, there’s no way I can back the Giants, even getting points at home. Dallas needs to keep winning to have any chance at a playoff berth alive and wins at this point hurt the Giants’ draft position. Even with this being a rivalry, I can’t see the Giants doing enough to keep this one within reach, so I’ll lay the points with Dallas.